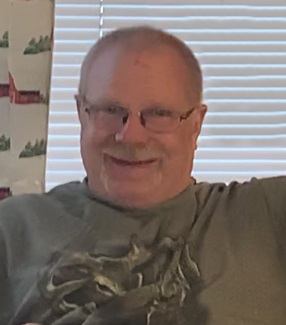 Charles “Chuck” Norman Niehaus, age 54 of Perham, MN completed his journey to his eternal resting place on November 15, 2021 surrounded by family. He was born on October 13, 1967 to Luverne and Elizabeth “Betty” (Eckert) Niehaus in South Saint Paul, MN.

Chuck frequently joked that he was born on Friday the 13th and that was very unlucky. The truth, however, is that anyone who met/knew Chuck was very lucky to experience having him in their life. He was an amazing man. Chuck was a rock who kept his loved ones anchored. He was the center they gravitated around; he was their protector. Everyone who knew him, knew that if they needed help or someone to lean on, Chuck would come to their rescue. If something needed to be fixed, whether it was mechanical, physical, or emotional, people turned to Chuck. Between his patience and having the strength of an oak, he was able to fix almost anything.

Chuck’s family lived near Butler, MN before moving to the Perham area, where he would continue to live for the remainder of his life. He attended school in Perham and at the age of 16, he decided to pursue a career in farming. He was employed at the Perham RD Offutt farm for many years. In October 1988, he became a father. He had a son, Jonathan “Johnny” Street-Niehaus with Beverly Street.

He built his home in rural Perham, next door to his brother, which quickly became a local gathering place. Most evenings, you could either find him in his yard, his shop, or his brother’s shop socializing with family or friends. A trail through his field to his brother’s home exists as a clear indicator of the daily visits between the homes; it provided access to the daily ritual of family bonding.

Chuck loved the outdoors and absorbed every moment that he could be outside; that’s part of why he chose to work for a farm his whole life. He preferred to be outside as much as he could every day. He had a passion for deer hunting and enjoyed reloading ammunition for himself, his friends, and family. He was also a great gardener. Every spring, he would be the first person to till his garden and when fall came, he was always sharing his harvest.

He cherished the everyday moments: having a beer with a friend, grilling good food, receiving hugs from his little “pumpkin seeds,” target practicing, or just looking out over the field watching for wildlife. He was a beloved father, brother, uncle, friend, neighbor, and coworker who will be dearly missed by all those lucky enough to have known him. He truly will live forever in the hearts of all those who love him.

A Celebration of Life will be held at Schoeneberger Funeral and Cremation Service in Perham on Saturday, November 20, 2021 from 3:00 p.m. to 6:00 p.m.

To order memorial trees or send flowers to the family in memory of Charles "Chuck" Niehaus, please visit our flower store.
Open