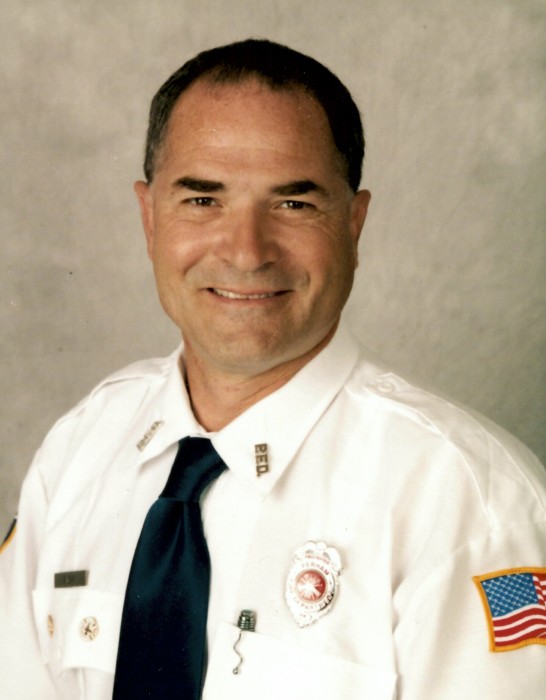 Robert “Bob” Sim was born on April 10, 1959 in Fargo, North Dakota to Ross and Betty (Teaters) Sim. He graduated from high school in Charleston, Illinois and continued his education in Bottineau, North Dakota for forestry. Bob was united in marriage on October 12, 1991 with Kathy Friedsam and together they raised two children, Cassandra and Chris.

Bob was employed as a janitor at Perham Public Schools and was the Facility Director at the Detroit Lakes Community and Cultural Center. Later, he was employed by IFS in Perham. Bob always enjoyed doing extra for the communities he lived in. He was a member of the Highwood Illinois Fire Department where he was a firefighter and EMT. He was also a member of the Perham Fire Department for 16 years where he was a firefighter and an engineer. Besides going on calls, Bob enjoyed volunteering his time driving in parades, helping at fair events and giving station tours to the kids. Bob was also involved in various other organizations in Perham which included Perham Rotary, Knights of Columbus, Sacred Heart Ministries, greeting visitors at Perham Health on Fridays and calling Bingo.

Bob will be remembered as a loving husband, father and grandfather. Bob enjoyed being at the family lake cabin, playing hockey in his youth, camping, hunting, fishing and spending quality time with his family and friends. Bob had a difficult last 10 years of life, but he never let his disability slow him down. He enjoyed sharing his story with others as a motivational speaker. Bob was an inspiration to many, and he will be dearly missed.

Surviving Bob is his wife Kathy; his daughter Cassandra (Justin) Scholten; his son Chris Sim; his grandchildren Elleah, Eli and Isabelle Scholten; his sister Joanne Holmes; his brother Dave (Adele) Sim; his brothers-in-law Dan Friedsam and Jim (Coleen) Friedsam; along with many nieces and nephews. Preceding Bob in death were his parents, grandparents and brother-in-law Mark Friedsam.

The family wishes to express their gratitude for the compassionate care Bob received at Perham Living. Robert's Memorial Folder
To order memorial trees or send flowers to the family in memory of Robert Sim, please visit our flower store.