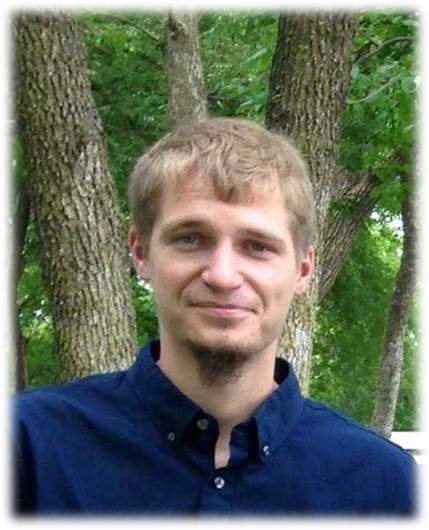 Aaron Robert Priebe, age 23, left this realm, surrounded by family on February 4, 2016 at Sanford Health in Fargo, ND. He died from an infection in his heart, which caused a stroke. He was born January 11, 1993 in Perham, MN to Bob and Mara Priebe.

Aaron loved! Oh, how he loved the things that people should: his family, his friends, the beauty of God's nature, and hard work. He showed that love by being a helper. From an early age, he brought great energy to everything he did! He was a devoted worker at Grandpa Larry's resort and would do any task for his Grandma Evie. He particularly loved helping his sister. He truly enjoyed music and had passion for playing the guitar.

Aaron attended Perham High School and though unconventional, he was an avid learner, and PHS faculty and staff were always on his side. He was proud of his younger brother and his achievements at school. As a teen, he worked for 5 years at Barrel 'O Fun and later took pride in learning the meat cutting trade at Service Food. At the time of his death, he worked at B.T.D. in Detroit Lakes, a wonderfully supportive company that stuck with him through some difficult times. He was proud of his work there, and was looking forward to the life that he saw developing in front of him.

He loved the spoken word, but not the sound of his own voice. He was quiet and thoughtful, and though he'd steer a conversation, he also wanted to know what others were thinking. In the spirit of his humor, he never missed an opportunity to correct his friend's typos. His attraction to the outdoors brought opportunities to strengthen friendships by attending concerts, frolfing, and camping under a beautiful sky of which he probably took a picture! Like a true Norsk, he was hearty in winter. If he didn't have a snowmobile, a shovel would do.

Aaron was kind. He respected people, animals, and the earth. His faith was reignited and he found purpose in the hope of changing lives for the better.

He was preceded in death by his grandmother, Lee Hauer and grandfather, Al Priebe. He is survived by his parents, Mara and Bob; sister, Leah (Anthony) Orner; brother, Max; nieces, Juliana and Cierra; and nephews, Anthony and Aksel who was born one floor up while Aaron was still in the hospital. Also surviving Aaron are his grandmother, Evelyn Priebe and grandfather, Larry Hauer; numerous aunts, uncles and cousins, all part of a rapidly expanding family that he loved very much. Aaron's Memorial Folder
To order memorial trees or send flowers to the family in memory of Aaron Priebe, please visit our flower store.