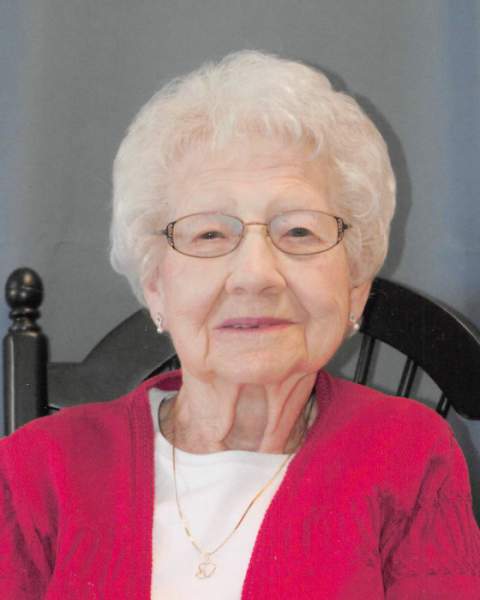 Agnes was born June 3, 1924 to John and Genevieve (Hagerly) Scheidecker in Gorman Township near Perham. She attended Perham High School graduating in 1942.

Agnes married John Weis on August 8, 1944 at St. Henry’s Catholic Church in Perham. John and Agnes were blessed with four children. She was a loving mother, grandmother and great-grandmother. Agnes enjoyed dancing, gardening, yard work and spending time with family. She was also known to tell a good joke. She spent many years teaching religious education, being a Eucharistic minister and singing in the choir at St. Henry’s Church.

Preceding Agnes in death were her parents; all of her brothers and sisters; her husband John; and her son Gordon.

Agnes will be greatly missed by all who knew her. Agnes' Memorial Folder
To order memorial trees or send flowers to the family in memory of Agnes Weis, please visit our flower store.