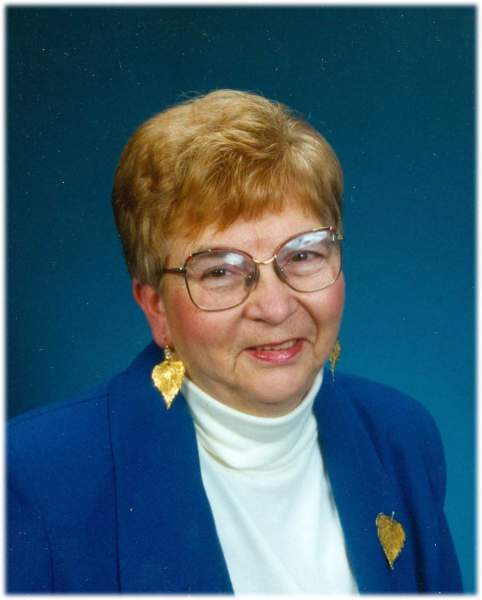 Alettajan "Jane" M. Aschnewitz, age 83 of Dent, MN passed away Tuesday, April 12, 2016 in Perham Living. Visitation will be held on Friday, April 15 from 5:00-8:00 p.m. with an Eastern Star service at 6:00 p.m. at Schoeneberger Funeral Home. Visitation will resume on Saturday, April 16 beginning at 9:00 a.m. followed by the memorial service at 10:00 a.m. at the Dent United Methodist Church, Dent, MN. Burial will follow in the Pleasant Hill Cemetery near Dent.

Jane was born to Jacob and Iona Martha (Maxwell) Williamschen of Dent. In 1953, she married Archie Aschnewitz and settled on a farm near Dent where they raised their four children, Daniel, Lynn, Leslie and Neil. Throughout the years Jane dedicated a vast amount of time to the community wearing many different "hats." She worked at the Perham Chamber of Commerce where she promoted Otter Tail County as the "Heart of the Lakes Country," Pelican Rapids Chamber of Commerce, board of directors for Perham Hospital and Nursing Home, and Bauck Busing for 30 years. Jane was also a member of the Perham Lions Club and as well as the Order of the Eastern Star. One of Jane's passions besides her family was turtles. She had started the turtle races in Perham that took place every Wednesday all summer long. People gather from all corners of the US for the festivities. Along with the Turtle Races, she started Jane's Traveling Turtles. Every summer they would make their way to Abbott Northwestern Children's Hospital to help raise money. She was a loving wife, mother, grandmother and great-grandmother and dedicated member to our community.

Jane was preceded in death by her father, Jacob; mother, Iona Martha; and her brother, Franklin.

Jane's Memorial Folder
To order memorial trees or send flowers to the family in memory of Alettajan Aschnewitz, please visit our flower store.