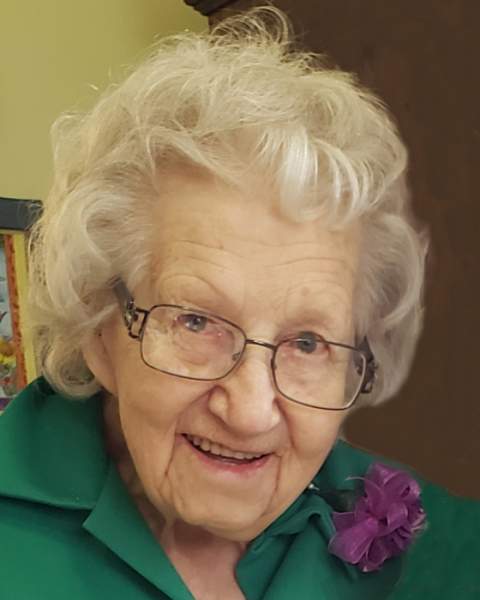 Alice was a lifelong resident of the Perham area. During World War II, Alice worked in a factory to support the war effort. After the war, Alice married Marvin Damlo and they started a family. They lived in the Perham area for 11 years and then moved to the Pine Lakes area where Alice became a homemaker and dairy farmer. Alice did whatever was needed to make the dairy operation go.

Alice lived a full life. She was a lifetime member of the Lutheran church and firmly believed that God had the final answer.  On September 10, father time caught up to her and God said; “Come on Home!”

She was preceded in death by her husband Marvin; siblings Evelyn, Dorothy, Raymond, Deloris, Edna and Wilmer.

A graveside service will be held at Bauck cemetery in rural Perham on Tuesday, September 15 at 11:00 a.m. Memorials preferred to St. Paul’s Lutheran Church School in Perham.

Alice's Memorial Folder
To order memorial trees or send flowers to the family in memory of Alice Damlo, please visit our flower store.