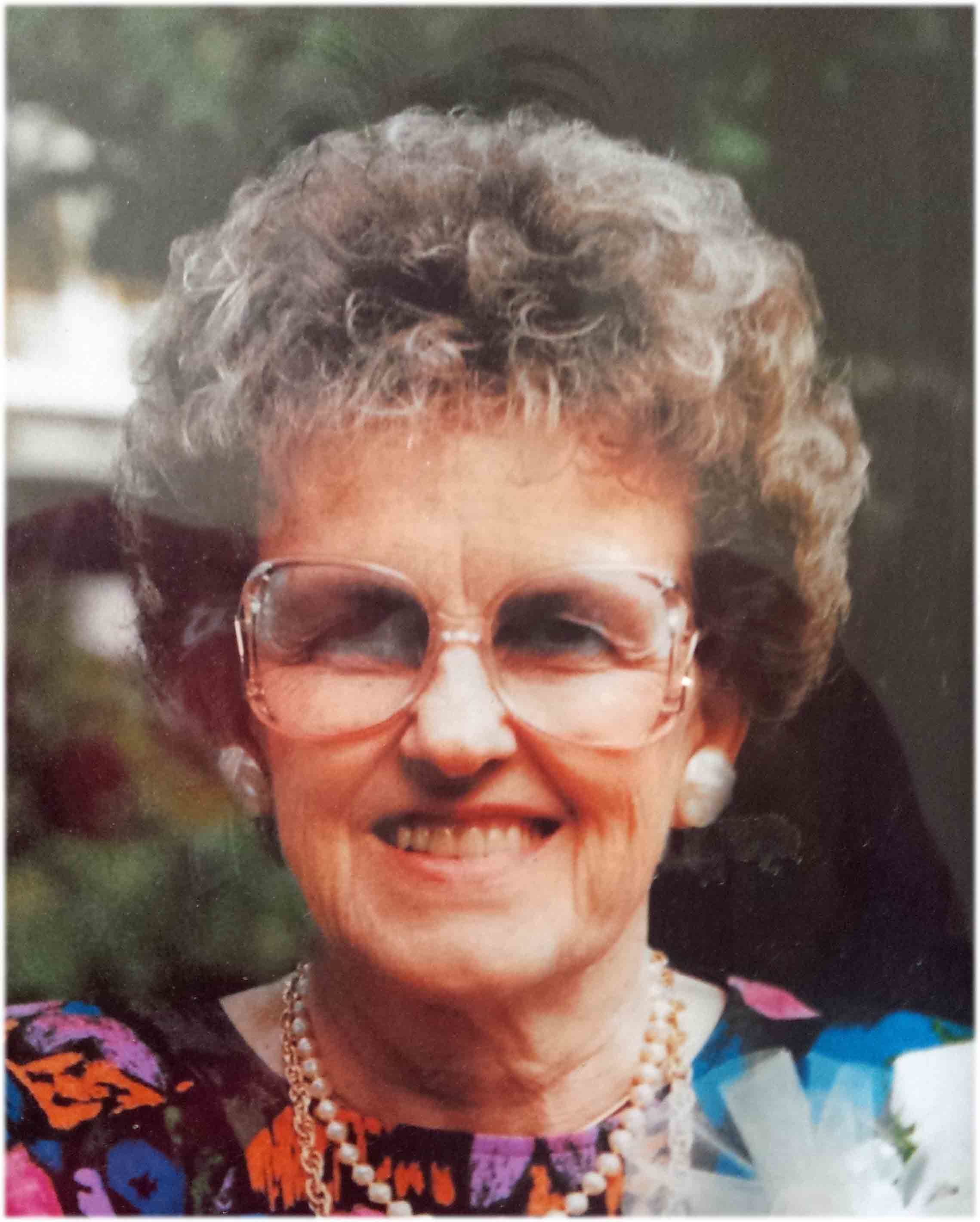 Alice was born on December 8, 1923 to Ernest and Verna (Nowak) Jacklitch. She grew up on the family farms near Campbell and Tenney Minnesota, attended high school in Campbell, MN and college in Wahpeton, ND. Alice was united in marriage to Leland Andrew Nichols on September 25, 1943, in Oakland, CA, while serving her country as a secretary in the United States Navy.

Alice was very active as she grew up, becoming a cheer leader in high school and college. She met her husband Leland while attending North Dakota State College of Science in Wahpeton, ND.

Alice's life revolved around her family. She played league soft ball for many years in Jefferson, Wisc., and loved playing club "hearts" wherever she lived.
Alice is survived by her 2 children, Robert and Thomas, 5 grandchildren, and numerous great-grandchildren, nieces and nephews.

Preceding Alice in death was her parents, husband Lee, and brothers Leroy, Vergil and Leo.


To order memorial trees or send flowers to the family in memory of Alice Nichols, please visit our flower store.