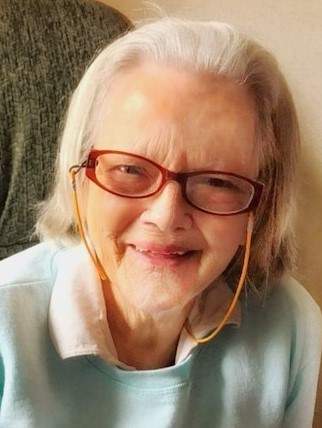 Alice was born in Rolla, ND on May 23, 1928, the daughter of Hector and Clara (LeBlanc) Bourassa. Following the loss of her mother at a young age, Alice was raised by her beloved Grandma Garceau.

Upon graduation from St. John High School in 1946, Alice moved to Minot, ND and became employed at St. Joseph’s School of Nursing as a stenographer under the direction of Sister Amadeus.

On the weekends, Alice often commuted by bus from Minot to St. John. During her travels, Alice met a friend who introduced her to Lyle “Bud” Witteman. Bud had been recently discharged from the Army following WWII. They fell in love and were married on January 23, 1948 at St. John the Baptist Catholic Church, St. John, ND.

Bud and Alice made their home in Mohall, ND, where Bud farmed with his father, Fred. They began raising their family: three daughters and one son. Bud kindled a passion of owning and operating a family restaurant, and when the opportunity arose in 1959, they purchased the Central Café and Bakery in Stanley, ND. In 1962, they returned to Mohall where Bud resumed working with his father on the farm and Alice began her occupation with the Renville County Farmer (a weekly newspaper) with Henry Sullivan as the publisher. Alice passioned her career for the newspaper industry, writing a weekly column and eventually becoming the editor of the newspaper in 1980. Inspired by her French heritage, her column was titled “Ceci et Cela” (French translation: This and That). Over the years, Alice received numerous awards for her column, which was enjoyed and loved by many weekly readers. It was also during this time that a fourth daughter was born. Alice always said that her last child “kept her young”.  She was a longtime member of the St. Jerome’s Catholic Church Alter Society and the American Legion Auxiliary in Mohall. Alice was also a member of the Mohall Coterie Club, a women’s social club motivated by home makeovers in preparation for their annual rotating get-togethers. Alice and Bud were avid supporters and members of the Citizens United to Save the Valley and found great joy in spending time at Mouse River Park. Bud passed away unexpectedly on February 19, 1981.

In 1984, wishing to be closer to her family, Alice relocated to Minot, ND thus ending her time with the Renville County Farmer. Once settled in Minot, Alice became employed with Franklin Printing-Greater Northwest Publishing, continuing her passion for the newspaper and print business. She retired at the age of 82.

Following retirement, Alice relocated to Minnesota to be near her daughters Cathy and Dawn. Alice resided with Cathy in Faribault, MN for a year before moving to Perham Living in Perham, MN. Alice spent her time among other residents enjoying days of bingo, music, and staff that would eventually become a well-loved part of her extended family. Alice lived a faith-based life and looked forward to her weekly Catholic Mass and Rosary. Her residence was a charming and central location for her large family gatherings where she delighted everyone with her spunky and witty sense of humor. Surrounded by family, visiting, laughing, and listening to her grandchildren sing was always her favorite.

Alice was preceded in death by her parents; husband Bud; brothers Leo and Gerald Bourassa; and her beloved daughter Candace Kowitz.

Burial will be at the Mohall Community Cemetery at a later date. Alice's Memorial Folder
To order memorial trees or send flowers to the family in memory of Alice Witteman, please visit our flower store.