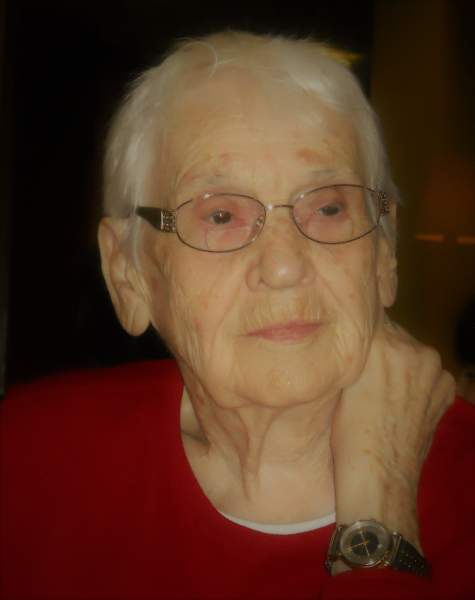 Allene was born June 7, 1921 near Osage, MN to William T. and Gertrude (Liesenfeld) McGrane. Allene attended Linnell School in Carsonville Township and graduated the Valedictorian of Park Rapids High School in 1939. From 1939-1941 she attended and earned a teaching certificate from Moorhead State College. Her teaching career began in September of 1941 when she taught first, second and third grade at the Onigum Indian School near Walker, MN. From 1943-1947 Allene taught second grade in Aitken, MN. On July 2, 1944 Allene was united in marriage to Virgil W. "Bud" Mueller at St. Francis De Sales Catholic Church in Riverside, CA. That same year they spent Christmas together in Gainesville, TX. In 1947 Bud found employment near Brainerd so Allene took a second grade teaching position in Staples, MN. She taught in Staples until 1948 when the couple moved to Bagley, MN. In 1951 Allene and Bud bought a home in Shevlin, MN where she taught first and second grade at Shevlin Public School. In June of 1953 the family moved to Baudette, MN. Allene taught second grade in Baudette from 1954-1962. In 1962 the family moved to Perham and from 1965-1973 Allene taught in both parochial and public schools. In 1973 Allene earned her B.S. degree from Moorhead State. She continued teaching in Perham at St. Henry's Area School until her retirement in 1986.

After Bud and Allene retired they enjoyed traveling together. They made trips overseas, to the mountain states and the West Coast. After Bud died in 2008 Allene even traveled to England to see Marie; she made her last trip at 89. Allene was very active at St. Henry's Catholic Church. She helped with numerous funeral lunches and was a pro-life advocate. Gardening, keeping up with grandkids and reading were a few of her hobbies. Overall Allene actively ran the home she had lived in for 52 years, until she moved to Briarwood in 2014.

Preceding Allene in death were her parents; her husband Virgil "Bud"; her son Daniel; and her siblings Irene Wall, Cecil McGrane, Johnny McGrane and Elsie Lindow. 
To order memorial trees or send flowers to the family in memory of Allene Mueller, please visit our flower store.