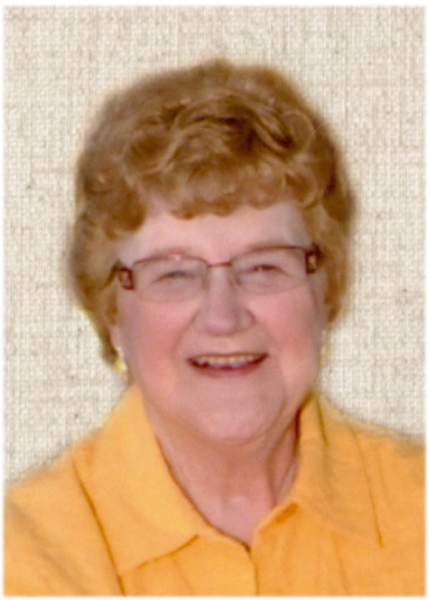 Alma JoAnn Reiten, age 82, of Dent, MN died Wednesday, March 25, 2015 in the Broen Home, Fergus Falls, MN with her daughter, Brenda, at her side. Visitation will be held on Thursday, April 2 from 12:00-1:00 p.m. followed by the memorial service at 1:00 p.m. at the United Methodist Church in Dent. Pastor Greg Leslie will officiate. Burial will be held in the Spring Creek Cemetery, Hastings, ND at a later date.

Alma (Borgeson) Reiten, known by many as Girlie, was born August 31, 1932 at the family farm near Hastings, ND to Thoren and Alma (Jacobson) Borgeson. She was raised on the farm and attended school in Hastings, ND where she graduated in 1949. She then went to work at CH Carpenter Co. in Valley City, ND as a bookkeeper.

During this time, she dated Donald Reiten and they married on July 1, 1951. They lived on a farm near Hastings and had 4 children, Brent, Brenda, Kirk and Todd. Many memories of relatives and friends have been cherished from that time. In 1964, the family moved to Valley City for a year then to West Fargo where Alma and Don lived until 2001. She worked for the West Fargo School District as a para-professional and then with Don's assistance, started harvesting wild flowers and plants which she made into beautiful wreaths. She and Don made extensive trips while living in West Fargo. In 1976, they bought a home on Dead Lake. They moved permanently to the lake home in 2001 and she joined the quilting group at the Dent Methodist Church. She enjoyed planting colorful flowers in the spring and watching the birds come and go throughout the seasons. She enjoyed hosting guests that would come from all over the country for visits. She also enjoyed card games, crossword puzzles and eating at Nootzies.

She was preceded in death by her parents; her brothers, Howard and Jacob; her sisters, Alice, Amy, Florence, Lou, Gerda and Adyene; and her son, Todd.
To order memorial trees or send flowers to the family in memory of Alma Reiten, please visit our flower store.