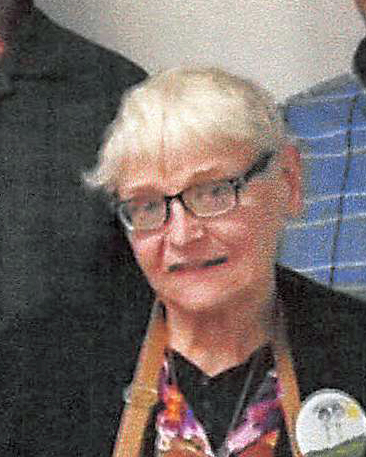 Ardis L. (Wanderi) Anderson was born November 14, 1948 in Perham, MN to the late Ferdinand and Hattie (Weidemann) Wanderi. Ardis worked at the Perham Bakery, did some babysitting and was a housekeeper.

On May 13, 1975 Ardis married Ray Anderson. Their marriage was blessed with two sons: Glen and Chad who were later adopted.

Ardis moved to Lakes Homes, an adult daycare in Detroit Lakes, MN in 1994 where she lived until the time of her death. She also attended the DAC, the Developmental Achievement Center. Ardis had a lot of friends at both Lakes Homes and the DAC. She had a very special friend, Matt who will miss her dearly. Ardis enjoyed a variety of activities like cooking, baking, helping with food preparation, cleaning, doing laundry, crocheting, bowling, collecting cans for recycling, getting the mail and crafting at the DAC.

On Friday, July 12, 2019, Ardis passed away at her home in Detroit Lakes under the care of Hospice of the Red River Valley.

Preceding Ardis in death were her parents; her brother Duane “Dewey” Wanderi; and her husband Ray Anderson.

Visitation will be 5:00-8:00 p.m. with a prayer service at 7:00 on Wednesday, July 17 at Schoeneberger Funeral & Cremation Service in Perham. Visitation will continue from 10:00-11:00 a.m. followed by the funeral service at 11:00 on Thursday, July 18 at St. John’s Lutheran Church, Corliss Township, rural Perham. Burial will be in St. Paul’s Lutheran Church Cemetery in Perham. Ardis' Memorial Folder
To order memorial trees or send flowers to the family in memory of Ardis Anderson, please visit our flower store.