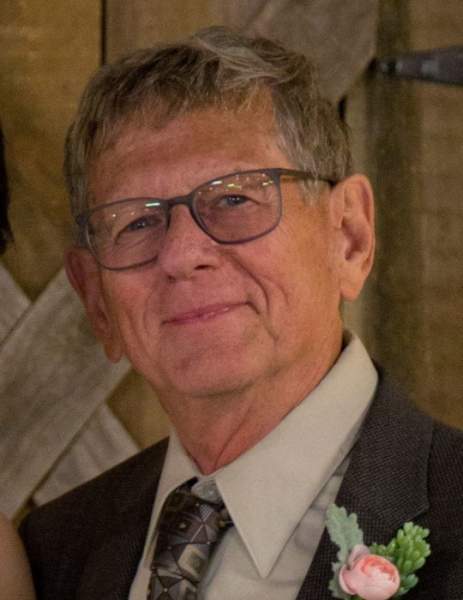 Arnold George Rethemeier, 74, of Perham, MN passed away on March 24, 2022, under the care of Hospice of the Red River Valley at Riverfront on Main Memory Care in Pelican Rapids, MN.

Arnie was born October 22, 1947, in Grand Forks, ND, the son of George and Mabel (Visness) Rethemeier.  He attended country school and graduated from Larimore High School in 1965.

Arnie received both his Bachelor’s and Master Degrees in Agriculture Education from North Dakota State University.  He was a member of the Farmhouse Fraternity.  He received his commission as a second Lieutenant from the Army ROTC.

Arnie met Carol Swisher at NDSU and they were married December 13, 1969.

Arnie began his teaching career in Perham in January 1971, and he continued teaching agriculture education and advising the FFA chapter for 35 years.  Arnie loved teaching and was successful in his career.  The Perham Chamber of Commerce gave him the Hall of Fame award in 2003 for his Commitment to Education in the community.  He was inducted into the Minnesota FFA Hall of Fame in 2004.  He received the University of Minnesota Impact Award for Distinguished Teaching in January of 2004.  His Ag department earned the Outstanding Minnesota Middle/Secondary Agriculture Education Program Award for the 2003-2004 school year. Arnie was named the Minnesota Outstanding Agriculture Education Teacher of the year in 2005.  He was named the Minnesota Career and Technical Teacher of the Year in 2006.  Arnie was very proud of his students and their achievements.  The Perham FFA Chapter was top chapter in the state five years running.

After receiving his military commission, he was assigned to the Minnesota Army National Guard.  He served as Company Commander in Wadena, Fergus Falls, and Detroit Lakes before becoming Battalion Commander of the 2-136 in Moorhead.  Arnie moved on to state offices before retiring as a Colonel with thirty years of service.

After retiring from teaching, Arnie soon was looking for something to occupy his time while Carol was still teaching.  Arnie took a job with the East Otter Tail Soil and Water Conservation District.  He enjoyed working with the farmers, some of whom were former students, for ten years.

Arnie became a University of Minnesota Extension Master Gardener, joining Carol in many gardening projects throughout the area.  In 2017, Arnie and Carol were both honored by North Dakota State University at the Harvest Bowl for their commitment to the field of agriculture.

Arnie loved his three children very much and was very active in their lives, always giving advice and bad dad jokes. Arnie and the kids would always be singing in the vehicles at the top of their lungs. He was fond of the Beatles and would sing Yellow Submarine with the kids tuning into the music. Arnie was delighted to become a grandparent of five great kids and kept them supplied with bicycles.

He was preceded in death by his parents; his sister, Joyce Olsen; brother, Ernest Rethemeier; and brother-in-law, John Elstad.

A Memorial Service will be held at 11:00 a.m. on Monday, March 28, 2022 at Calvary Lutheran Church in Perham. Visitations will be on Sunday, March 27 from 5:00-7:00 p.m. at Schoeneberger Funeral and Cremation Service in Perham and one hour prior to the service at church. Burial will be at the Minnesota State Veterans Cemetery in Little Falls at a later date.

Burial of cremains at a later date