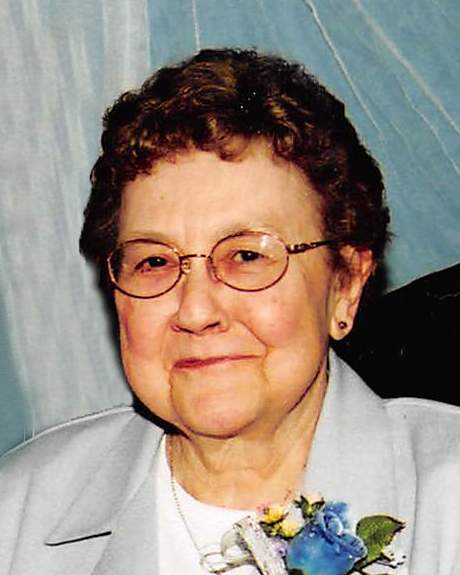 Beverly Kimball, age 83 died peacefully and comfortably Saturday, December 16, 2017 at The Thomas House in Perham, MN. Visitation will be from 9:30-11:00 a.m. followed by the memorial service at 11:00 a.m. on Thursday, December 21 at Schoeneberger Funeral & Cremation Service in Perham. Burial will be in St. Stanislaus Catholic Cemetery in Perham.

Beverly Ann Shasky was born August 27, 1934 in Perham to Norbert and Grace (Fletcher) Shasky. She graduated Perham High School in 1953. While married she was blessed with three children: Milton Jr., Nancy and Barbara.

She spent most of her life in the Perham area where she raised her children and helped on the family farm. Later she worked as a certified nursing assistant for many years in Perham and Detroit Lakes. Beverly then worked in the activities department at the Perham Memorial Hospital and Home and also volunteered at these facilities.

Bev enjoyed many years of bowling for fun and in competition where she took home several awards and trophies. She also enjoyed weekly poker games with her friends, an occasional casino trip, traveling with family and friends and spending time with her children and grandchildren.

Bev was preceded in death by her parents; her brother Raymond Shasky; and her sister-in-law Mary Shasky.

Surviving Bev are her children: Milton (Ginny) Kimball of Perham, Nancy (Keith) Huntley of New York Mills, MN, and Barbara Kimball (Pat) of Ottertail, MN; her grandchildren Jacques (Amy) Kimball of Perham, Abby Kimball (Luke) of Perham, Daniel (Anna) Kimball of Dent, Ashley Huntley of Deer Creek, MN, and Chad Bleichner (Alli) of Perham; her six great-grandchildren Karson, Carter, Marlie, Brydon, Gracie and Owen; along with her nieces, nephews, other relatives and friends. Also remembered is her extended family and caregivers from the Thomas House in Perham where she had spent the last six years and the Hospice of the Red River team. Beverly's Memorial Folder
To order memorial trees or send flowers to the family in memory of Beverly Kimball, please visit our flower store.