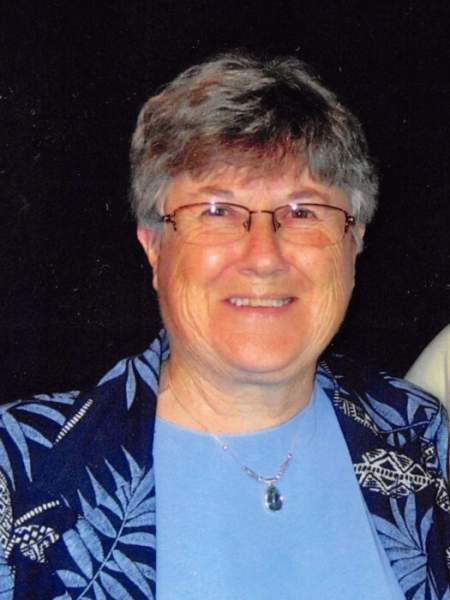 Bonnie Rosalia (Hicks) Swanson, age 81, passed away on February 20, 2022.  Bonnie was born January 9, 1941 in Page, ND, the youngest child of Erl and Rosalia (Smith) Hicks.  She attended school in Pillsbury, ND, a one room school in Minnie Lake and Oriska, ND graduating from there in 1958.  On July 25, 1959, she was united in marriage to Richard Swanson in Valley City, ND.

Bonnie worked for Northwestern Bell Telephone in various positions retiring from there in 1976.  She attended NDSU and graduated with a bachelor’s degree in 1984.  In 1987, she started working as a part-time church secretary for Community Presbyterian Church in West Fargo, ND.  During this time, she was also working as executive secretary for the North Dakota State Science Olympiad at NDSU.  In 1996, when Richard retired from teaching, they moved to Richville, MN to live on Bonnie’s grandparents homestead on Dead Lake.  There she continued to work with the Science Olympiad, retiring from her position in 2006.  She received an award of appreciation for her dedication to the Science Olympiad and Education in ND.  She was proud of her Centurion Award from Minnesota State University in Moorhead for her volunteer work for the Regional Science Center.

In the fall of 1998, Bonnie joined the Dent United Methodist Church where she was involved with the United Methodist Women.  She served as secretary for the church administrative council from 1998-2016 and was chair of the Altar Guild.

Having grown up on a farm, Bonnie loved animals, particularly horses and cats.  She was an avid gardener, canning and freezing vegetables for the winter.  Bonnie had many hobbies.  Her wedding gifts to the nieces and nephews were crocheted tablecloths until she was limited by carpal tunnel and arthritis.  She quilted with the Caring Hands Quilters at the church.

Bonnie loved to travel.  Richard and Bonnie traveled to Greece, Turkey, and various countries in Europe.  However, it was Great Britain that Bonnie was especially fond of, traveling there twice not only to see the sights of Great Britain but also to see her grandfather’s paternal home in Easingvold, Yorkshire.  Bonnie was an avid reader and enjoyed history.  Family history was a passion and she researched not only her own family history, but Richard’s as well.

While she did not quote scripture or talk a great deal about religion, God was always a part of her life having read the Bible several times and doing personal bible study.  She was especially fond of the Ecclesiastes 3:1-9.

Bonnie is survived by her sister, Norma Hoiland and several nieces and nephews.

A Memorial Service will be held at 2:00 p.m. on Saturday, March 5, 2022, at Dent United Methodist Church in Dent, MN. Visitation will be one hour prior to the service. Interment at Pleasant Hill Cemetery. Bonnie's Memorial Folder
To order memorial trees or send flowers to the family in memory of Bonnie Swanson, please visit our flower store.