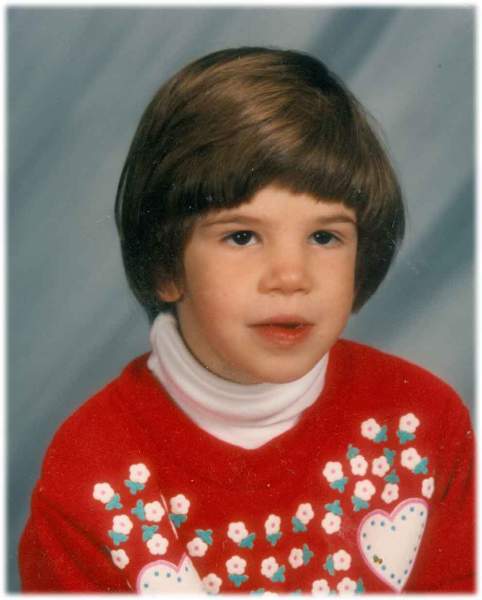 Bradie E. Bauck, age 28 of Perham, MN died Monday, December 15, 2014 in the St. Cloud (MN) Hospital. Visitation will be held on Thursday, December 18 beginning at 10:00 AM followed by the memorial service at 11:00 AM at Schoeneberger Funeral Home in Perham. Pastor Carl Noble will officiate.

Bradie was born October 1, 1986 to John and Virginia (Lee) Bauck in Fargo, ND. She attended Perham Elementary, Middle, and High School. At the age of 18, Bradie moved to the West Central Community Services Group Home in Perham and lived there until her death. Bradie was born with a disease called Angelman Syndrome and was severely handicapped her entire life. She enjoyed going places in the car and her favorite place to eat was the Pizza Ranch. Bradie also loved the water on Otter Tail Lake.

Preceding Bradie in death was her mother, Ginger Bauck on February 3, 2004.

Surviving Bradie is her father, John Bauck of Norwood, MN; her two sisters, Cassy Bina of Roseau, MN and Lindsey Bauck of Fergus Falls, MN; her brother, Damion "DJ" Bauck of Dilworth, MN; along with four nieces and nephews.
To order memorial trees or send flowers to the family in memory of Bradie Bauck, please visit our flower store.