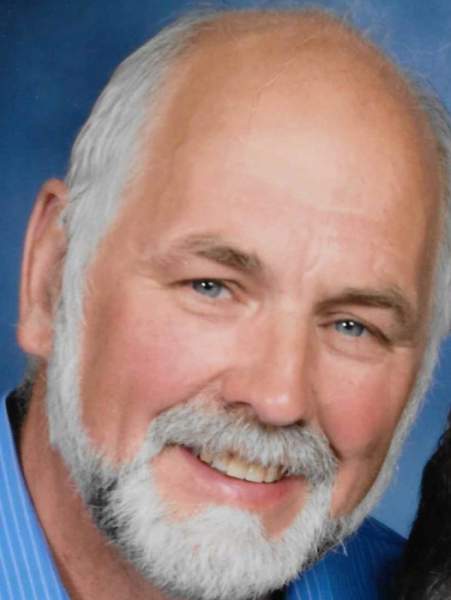 Bruce Edward Hendrickx, age 62, died on February 16 after a short battle with cancer with his family by his side. Bruce was born to Roger and LaVerne (Honer) Hendrickx on May 14, 1957 in Perham, MN. He grew up on a dairy farm in the Butler, MN area, graduated from New York Mills High School in 1975 and later graduated from Alexandria Vocational Technical College. He married Lori Horejsi in 1985. After his marriage he lived in Eau Claire, WI, Missoula, MT, and Brookings, SD before returning to the Perham area, where he split his time between the family lake cabin and his farm. Bruce could usually be found in his shop or out in the field. He enjoyed going for rides on his Harley and playing softball in the New York Mills Oldtimer league, and he was always willing to help a family member or neighbor. However, nothing made him happier than spending time with his children and grandchildren. He was a constant fixture at their sporting events and activities and was always there to offer advice and assistance.

He was preceded in death by his parents and grandparents.

At Bruce’s request, no funeral will be held. A celebration of his life will occur later this spring.

To order memorial trees or send flowers to the family in memory of Bruce Hendrickx, please visit our flower store.