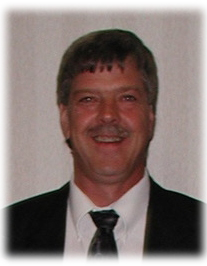 Bruce Dean Williamson was born on May 27, 1957 to Oscar and Doris (Steinberg) Williamson in Trimont, MN.  He attended Trimont High School.  On September 10, 1983, he was united in marriage to Paula Marquardt at the United Methodist Church in Trimont.  After their marriage, they lived and worked in the Trimont area, until Bruce went back to school and received a degree in Telecommunications.  Upon his graduation from Minnesota West in 1989, he was employed with CC&I Engineering, Inc. of Fargo, ND.  CC&I Engineering (now Compass Consultants) relocated to Perham in 1997 and Bruce continued working for them until 2012.  In 2012, he started working for Northeast Service Coop of Mountain Iron, MN as their Outside Plant Manager.  In the spring of 2016, he became employed with MP Nexlevel, Inc. of Maple Lake, MN as a Construction Supervisor.  Bruce enjoyed hunting, fishing, and “tinkering” in his garage on any given project.

In the early morning on Sunday, May 21, 2017, after fighting a courageous battle with cancer, Bruce was called to eternal rest at the age of 59.

Bruce's family would like to thank Hospice of the Red River Valley for their kind and compassionate care. Bruce's Memorial Folder
To order memorial trees or send flowers to the family in memory of Bruce Williamson, please visit our flower store.