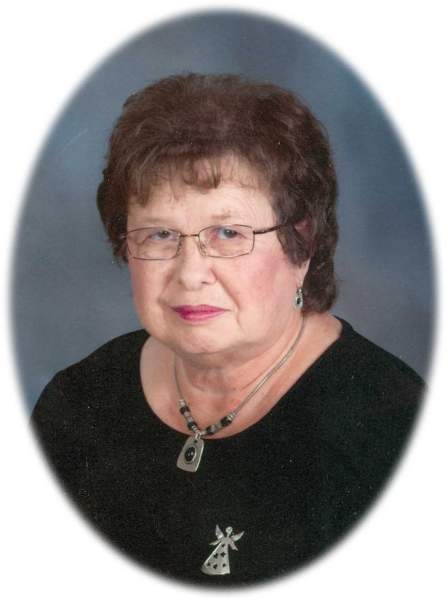 Carine Jean Meyer was born March 16, 1941 in Corliss Township, rural Perham the daughter of Adolph E. and Hulda I. (Rosentreter) Wendt. She was baptized April 6, 1941 and confirmed in 1955.

Carine was a graduate of Perham High School. After graduation, she worked in Minneapolis before returning to Perham. She was united in marriage to David L. Meyer on April 22, 1961. Together, they were blessed with 2 sons, Terry (Alice) and Dan (Heather). Carine worked at Tuffy's Pet Foods for most of her adult life. She was a lifelong member of St. John's Lutheran Church, Corliss. Carine passed away on Saturday, September 19, 2015 under the care of her son, Dan and Red River Valley Hospice after a short and courageous battle with cancer.

Preceding Carine in death were her parents; her sister, Darleen Kluge; her brother-in-law, James Peichel; and her nephew, Derrick Peichel.

Surviving Carine are her sons, Terry (Alice) Meyer and Dan (Heather) Meyer; twelve grandchildren; her sister, Lavera Peichel; her special friends, Ron and Linda Bjelland; along with a number of nieces, nephews, relatives and special friends who mourn her loss.

Visitation will be held on Monday, September 21, 2015 from 5:00-8:00 p.m. with a prayer service at 7:00 p.m. at Schoeneberger Funeral Home. Visitation will resume on Tuesday, September 22 beginning at 10:00 a.m. followed by the funeral service at 11:00 a.m. at St. John's Lutheran Church, Corliss Township, rural Perham. Pastor Ron Jobe will officiate. Burial will be held in the church cemetery.
To order memorial trees or send flowers to the family in memory of Carine Meyer, please visit our flower store.