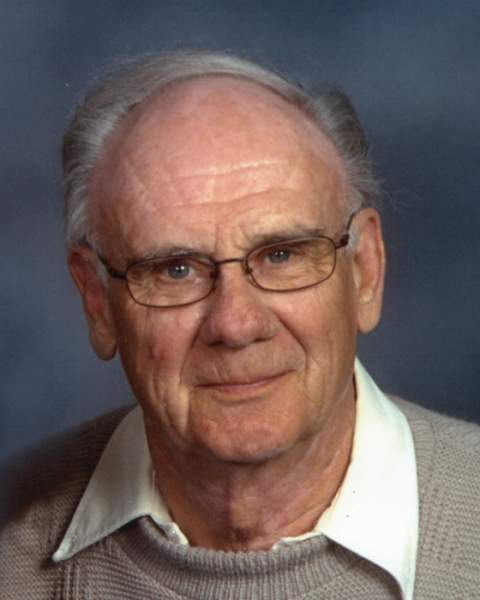 Carl Dennis Awes, age 88 of Perham, MN passed away Thursday, July 25, 2019 at Perham Living. Visitation will be 10:00-11:00 a.m. followed by the funeral service at 11:00 on Wednesday, July 31 at Calvary Lutheran Church in Perham. Burial will be in the Perham Village Cemetery.

Carl Dennis Awes was born on November 30, 1930, in Oslo, MN to Carl H. and Clara (Knutson) Awes. He grew up on a farm north of Oslo with his four siblings. He attended a rural school for the first eight grades and graduated high school in Oslo. He went on to attend Concordia College, Moorhead, MN earning a BA degree in Business Administration. Immediately after college graduation in 1952 he was drafted into the Army.  Dennis received his basic training at Fort Smith, AK. After basic training he was assigned to the Causality Division of the Eighth Army and stationed near Seoul, Korea. In January 1955, after serving his country, he was employed by the Peoples State Bank of Warren, MN. On July 2, 1955 Dennis married Sally Nystrom and they had two children. In 1972 Dennis became employed by the Perham State Bank until his retirement in 1992. He enjoyed the Perham lakes area, the people of the Perham community and volunteering at Calvary Lutheran Church. His church was a very important part of his life.  Also, he enjoyed his role as grandfather and great-grandfather adoring the little ones. He loved spending his time with them as often as he could. He was a great role model to the little children, and he will be deeply missed by each of the grandchildren and great-grandchildren.

Dennis’ presence in our lives will be missed by all who knew and loved him. His quick wit, funny faces and sense of humor will truly be missed. Thank you on behalf of the Awes family for your attendance today and for your love and support. Please join us for lunch in the fellowship hall of Calvary Lutheran Church. To order memorial trees or send flowers to the family in memory of Carl Dennis Awes, please visit our flower store.