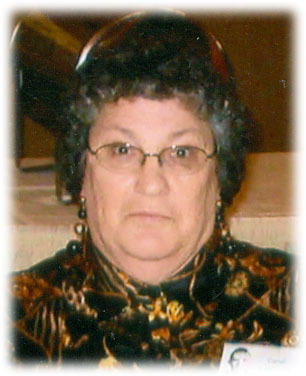 Carol was born on January 11, 1942 to Peter and Gertrude Radajewski. She grew up on a farm in rural Corliss. She attended New York Mills School until the 8th grade.

Carol married Marlin Loebrick on September 30, 1961. They then made their home on the Loebrick farm east of Perham.

Carol was a stay at home mother until her two sons where grown. She then started working at Kenny's Candy Company on the night shift, where she was fondly known to everyone as "Grandma".

She is preceeded in death by her father, Peter; her mother, Gertrude; and her brother, Robert.
To order memorial trees or send flowers to the family in memory of Carol Loebrick, please visit our flower store.