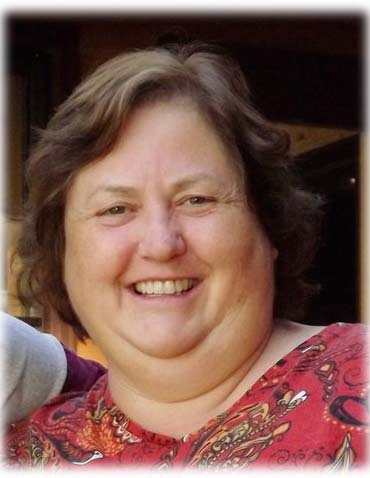 Cathy Ann Johnson was born on February 9, 1960 at Wesley Hospital in Wadena, MN to Floyd and Evelyn Johnson. She graduated from Wadena High School in 1978 and after graduation she attended the Association of Free Lutheran Congregation Bible School in Minneapolis for 2 years. She then went on to study at the University of Minnesota – Waseca to become a veterinary lab technician. Cathy loved animals and spent many years caring for animals in that role. She had one son, Joshua, who was the pride and joy of her life. She was so proud of him when he went on to attend Stanford University in California. In order to be home with Josh when he was young, she opened her own daycare in Perham, Minnesota, which she ran until the time of her death. Her daycare kids were very special to her, as she was always baking fresh buns to send home with them and had them do many art projects to enter at the country fair too. As a young lady, she was active in 4-H at the county fair, so she wanted to pass that love of the fair on to her daycare kids as well.

She loved gardening, whether that was raising beautiful flowers every year or competing with her neighbors in growing various tomatoes (even though she didn't eat them and would give them away). Cathy also was probably the biggest Stanford sports fan in Minnesota, closely following the football and basketball players and teams, and rarely missed a game on television. Some of her fondest memories were of traveling to Stanford and the San Francisco Bay area to visit her son, spending summers on Long Lake near Park Rapids with family and friends, and of seeing family at holiday meals and gatherings.

She was preceded in death by her parents, Floyd and Evelyn Johnson; sisters, Betty (Johnson) Crocker, Susan Johnson and (sister-in-law) Kathy (Mattson) Johnson. She is survived by her son, Joshua Johnson of San Francisco, California; brothers, Charles (Pat) Johnson of Wadena and Steve Johnson of Sebeka; sisters, Linda (Les) Horsager of Park Rapids, Peggy (Tom) Ament of Bluffton, and Becky (Steve) Pierson of Sebeka; brother-in-law, Jim Crocker of Park Rapids, many loving nieces and nephews, special neighbors and friends, Al and Bev Stigman and Mrs. Elaine Johnson of Perham, and the many daycare families who she cared for greatly.

Visitation will be held from 5:00-8:00 p.m. on Sunday, September 27 at Schoeneberger Funeral Home, 254 3rd Ave SW, Perham, MN. Visitation will resume on Monday, September 28 beginning at 1:00 p.m. followed by the memorial service at 2:00 p.m. at Bethany Free Lutheran Church, 21987 Co Rd 23, Sebeka, MN.
To order memorial trees or send flowers to the family in memory of Cathy Johnson, please visit our flower store.