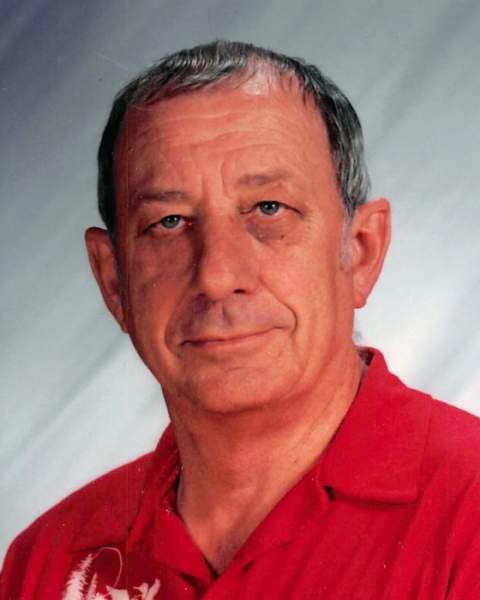 Charles was born on the family farm at Loretto, Minnesota on May 28, 1932 to Conrad and Mabel (Russell) Schumacher. The family moved to Pierz and then Little Falls as a young boy and graduated high school in 1950. Charlie still holds the record for highest number of athletic letters in football, basketball and baseball for the Little Falls High School.

After graduating, Charlie played professional baseball with the New York Giants’ farm team at Wisconsin Rapids playing 3rd base and achieving a batting average of over .500.

Charlie enlisted in the US Army in 1953 and was assigned to Headquarter Special Troop Command at Ft. Benning, Georgia for most of his time in service during the Korean War working as an intelligence specialist, field artillery specialist, training troops in survival skills and hand-to-hand combat and calling cadence for the battalion with his outstanding bass voice. He was champion of the tennis team for the battalion. He achieved the rank of Corporal 1st Class and was awarded the National Defense Service Medal, Good Conduct Medal and AR 672-15 Award of the Society of American Military Engineers.

Charlie then attended Moorhead State Teachers College on the GI Bill and graduated with degrees in Business Administration, Mathematics, Biology, English, Health, Education and Coaching. With this substantial education Charlie could have gone into the business world and been successful in many ways, but his true vocation was to teach. His philosophy in teaching was to discover and encourage every child’s potential. During college he met and married Lorene Holmberg of Vesta, Minnesota. They celebrated their marriage with family and friends with a garden wedding June 1956 at the Holmberg farm at Vesta, Minnesota. After graduating in 1957, they moved to Perham where Charlie taught Mathematics, Algebra and Driver’s Training for over 40 years and was head of the Math Department for decades. If you were one of his Driver’s Training students Saturday afternoon you learned of Charlie’s love for opera. After official retirement Charlie substitute taught in neighboring districts and at the Perham Alternative Learning Center. Charlie coached many sports including football, basketball, track & field and baseball for the Perham Yellowjackets for over 40 years. He refereed and umpired many sports for over 50 years. Charlie managed the Summer Recreation program for the community which included Red Cross certified swimming instruction and other activities for kids during the summer break. Charlie was the first teacher in the area to work on comparative salary schedules with other school districts and worked closely with the local and state teachers’ unions to bring salaries in alignment with competing schools.

The summers of 1967 and 1968 Charlie studied at the University of Southern Mississippi with the National Science Foundation and NASA programming the early computers used for the space program. Charlie was awarded Student of the Year his first year with this program.

Charlie and Lorene and their first two daughters were 4 of the original 35 charter members of the mission church from the American Lutheran Church that organized Calvary Lutheran Church soon after they settled in Perham.

When Minnesota began licensing boats Charlie was the first Otter Tail County Deputy Sheriff Water Patrol to instruct the public and enforce the licensing of boats for water safety purposes.

Charlie had a great love and respect for the outdoors and was an early advocate for ecology. He enjoyed fishing and hunting. He enjoyed creating unique birdhouses using reclaimed lumber in his tiny basement workshop. Charlie shared over 300 birdhouses each year with family and friends.

Charlie’s love of golf was lifelong. He achieved two holes-in-one, the last being at Point O’Woods Golf Club, Inverness, Florida February 24, 2009. He was Senior Medalist at the Pine to Palm tournament at Detroit Lakes. In 1994 Charlie won the Minnesota State Seniors Championship tournament. He was a dedicated marshal for the 3M Championship (Burnett Classic) PGA Seniors annual tournament in the twin cities for twenty years. In all, Charlie won well over 50 golf tournaments.

After retiring from teaching, Lorene sold her shop and they became snowbirds, wintering near Bushnell, Florida and later at Floral City, Florida. They enjoyed their excursions south to escape snowstorms, golfing at many courses nearby, exploring the beautiful area of the Nature Coast of Florida they called their winter home.

Beginning in 2006, for a year, Charlie moved to his parents-in-law farm at Vesta, Minnesota to care fulltime for his homebound mother-in-law Bernelda. They had a daily challenge of Cribbage that reached 799 games, with Bernelda winning by three games. Charlie considered his year of service to his mother-in-law to be one of the greatest honors of his life. Charles's Memorial Folder
To order memorial trees or send flowers to the family in memory of Charles Schumacher, please visit our flower store.