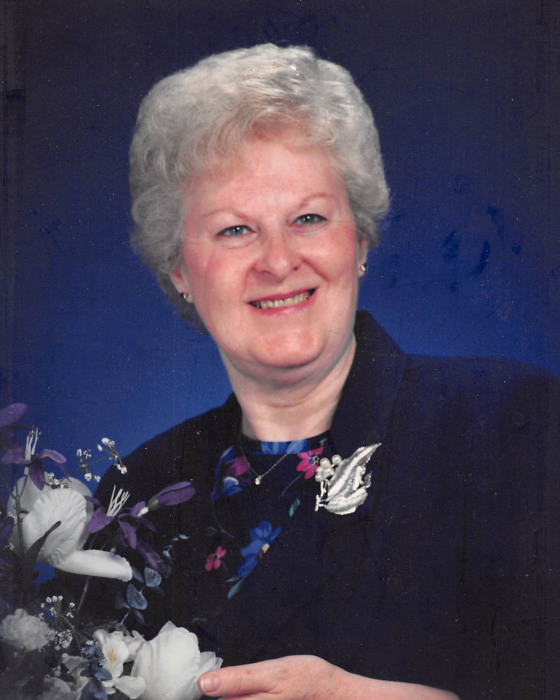 Claudia Ann (Jahn) Melander passed away on February 27, 2020 in Perham, Minnesota. She was born in Duluth, Minnesota on May 4, 1934 to Walter and Mae (Smith) Jahn.  She is survived by her son Tim (Karen) Melander and grandson Logan Melander; her daughter Tracie Dury and grandchildren Catherine and Walker Dury; and her sister Judy (Jerome) Kunza.  She was preceded in death by her husband, Kenneth Melander; her sisters Lorraine Jahn and Janice Goforth; her brother Richard Jahn; and her sidekick Siamese cat Sheba.

Claudia attended Riverside school and later Morgan Park High School where she was a majorette and had many great friends and made good memories. After high school she went on to take some post-secondary secretarial courses.

In 1958, she married Kenneth Melander in a private wedding ceremony in Lawton, Oklahoma.  After they were married, she and Ken moved to Miami, Florida where they built and lived in their first house.

Throughout the years Claudia had many jobs.  She worked as a bookkeeper, secretary, telephone operator, and during three months of each year she did reservations and payroll at Flagler Dog Track in Miami.  For several years Claudia worked for the Milwaukee Railroad, transporting railroad workers from one place to another across the state of Montana. She worked in the hospital field at the Lutheran Home in Kalispell, Montana and the North Valley Hospital dietary unit in Whitefish, Montana for over twenty-two years.  She became an Avon sales representative and made many lifelong friends during her time working for the company.

Claudia’s home was always open and a favorite meeting place for family and friends.  She loved to help people, bake, knit, cook and play cards. She was very active in the United Methodist Church in Alberton and Whitefish, Montana as well as in Perham, Minnesota.  She was a long-time member of Eastern Star and Daughters of the Nile, often performing in a dancing unit of the Eastern Star. After she moved to Perham, she became active in the Perham Red Hats organization.  Claudia was a breast cancer survivor and participated in and supported the American Cancer Society cancer walks.

She was always quick with a joke and a snappy come-back.  She loved spending most of her time with family and friends.

Visitation will be from 9:30-11:00 a.m. followed by the memorial service at 11:00 on Tuesday, March 3 at Schoeneberger Funeral & Cremation Service. Burial will be in the Perham City Cemetery. Claudia's Memorial Folder
To order memorial trees or send flowers to the family in memory of Claudia Melander, please visit our flower store.