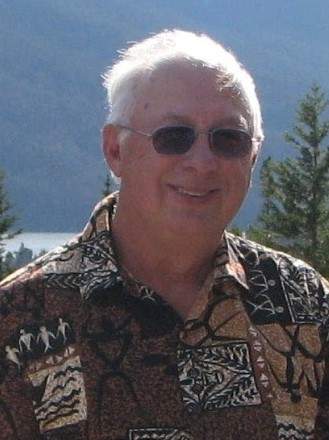 Clifford Arthur Poll passed away peacefully at the age of 78 on July 14, 2021.  Cliff was born March 9, 1943 to Arthur and Ida (Kirchenwitz) Poll of Dent, MN. He graduated from Perham High School in 1961. During high school he enjoyed pitching for the various town and county baseball teams. Cliff attended Moorhead State University, Southern Illinois University and University of Illinois-Urbana. He taught history at Mt. St. Paul College and Carroll College in Waukesha, WI as well as Dominican College in Racine, WI. He then joined Chrysler Financial Corporation for 25 years until he retired in 2001.

He married his high school sweetheart, Linda Mueller in 1965. They had two sons – Michael & Scott. Michael passed away in 1999, when he was 30. Scott blessed Cliff with a grandson Jaylen Michael in 2014.

Cliff enjoyed fishing and spending his summers on Molly Stark Lake. He spent many hours watching the Twins, Vikings, and playing fantasy football. He was also a voracious reader of history books. For the past 13 years, Cliff and Linda have enjoyed traveling abroad.

A Memorial Service will be held at 2:00 p.m. on Tuesday, July 20, 2021 at Calvary Lutheran Church in Perham, MN with visitation one hour prior to the service. Interment will be at Pleasant Hill Cemetery in Dent, MN at a later date.

To order memorial trees or send flowers to the family in memory of Clifford Poll, please visit our flower store.

Inurnment at a later date