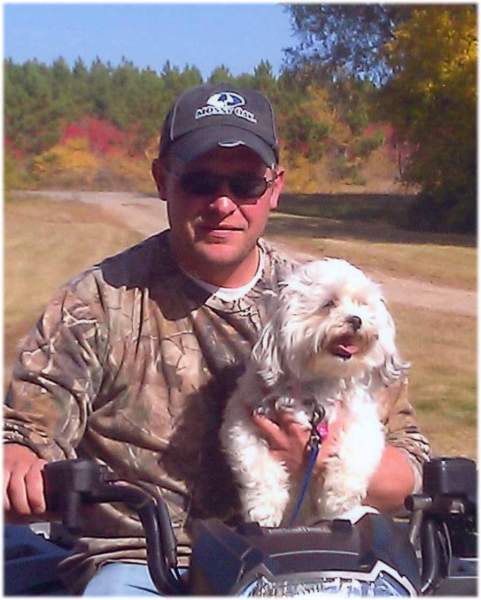 Daniel Steven Johnson was born December 1, 1981 in Perham, MN to Steven and Debra Johnson. Daniel was an adventurous little boy who loved playing in the woods, fishing off the dock, and playing games with his brothers and sister. Daniel also loved riding his bike to the Ottertail park and summer rec. where he met Becky. They were 11 and 13 years old. Daniel graduated Perham High School in 2001. Daniel and Becky (Ellingson) were united in marriage on November 17, 2005, in Fergus Falls, MN. Daniel loved four-wheeling, hunting, mudding, working (playing) on his property and spending time with his nieces, nephews, family, and many friends. He also loved his dog Shelby (10yrs old). She was his life. He will be deeply missed by his family and friends.

Preceding Daniel in death are his grandfathers, John Johnson and Irvin Fassett.

Visitation will be held on Thursday, July 30 from 5:00-8:00 p.m. with a prayer service at 7:00 p.m. at Schoeneberger Funeral Home. Visitation will resume on Friday, July 31 beginning at 10:00 a.m. followed by the funeral service at 11:00 a.m. at St. John's Lutheran Church near Ottertail, MN. Pastor Kevin Mann will officiate. Burial will be held in the church cemetery.
To order memorial trees or send flowers to the family in memory of Daniel Johnson, please visit our flower store.