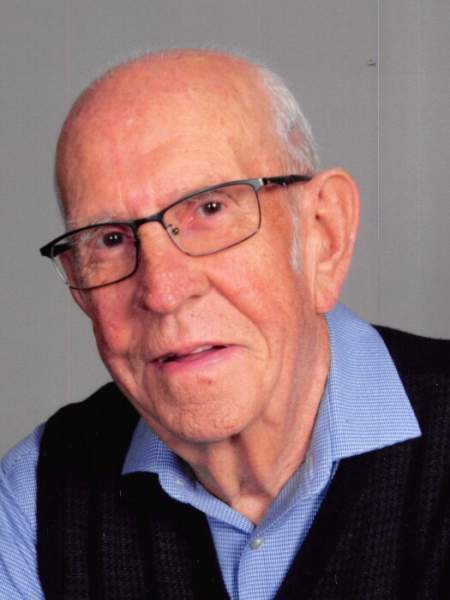 David Clarence Wodrich was born December 21, 1935 in Owatonna, MN to Clarence and Minnie (Zimmerman) Wodrich. He graduated from Owatonna High School before serving in the Navy, spending much of his time on the USS Albany. After serving honorably in the Navy, David earned a bachelor’s degree in finance from Trine University, Angola, IN. While in college he met his wife of 60 years, Darlene Van Auken. After graduating, David started working for Electro-Motive a division of General Motors where he spent 26 years in various positions including Assistant Comptroller and led the Rebuild Strategic Business Unit before retiring in 1989. After retirement, David and Darlene moved permanently to the lake and the home they have loved for most of their marriage.

David always felt the need to keep busy, so he spent the next ten years working for Homecrest Furniture during the day and then fishing in the late afternoons. David was also a skilled craftsman and woodworker, spending numerous hours in his workshop building furniture, doll houses, and other items for friends and family. David also believed in giving back to the community. In Hinsdale, IL where he raised his family, he served his church, coached Little League, volunteered at school, and was always available to lend a needed hand. In Minnesota, he served on the church council for Calvary Lutheran Church, was on the Board of Trustees at Perham Health, was active board member and volunteer for the Little McDonald Lake Association, and volunteered his time in many other ways throughout the community.

Surviving David is his wife of 60 years, Darlene; his daughter Cindy (Jim) Klima; his granddaughter Ashly Wodrich; his brother Fred (Bonnie) Wodrich; along with numerous nieces and nephews.

Preceding David in death were his parents; his son Mike; his grandson Jacob; and his siblings Dottie Robinson, Dan Wodrich, and Gloria Wodrich.

In lieu of flowers, memorials preferred to Calvary Lutheran Church in Perham, MN.

To order memorial trees or send flowers to the family in memory of David Wodrich, please visit our flower store.