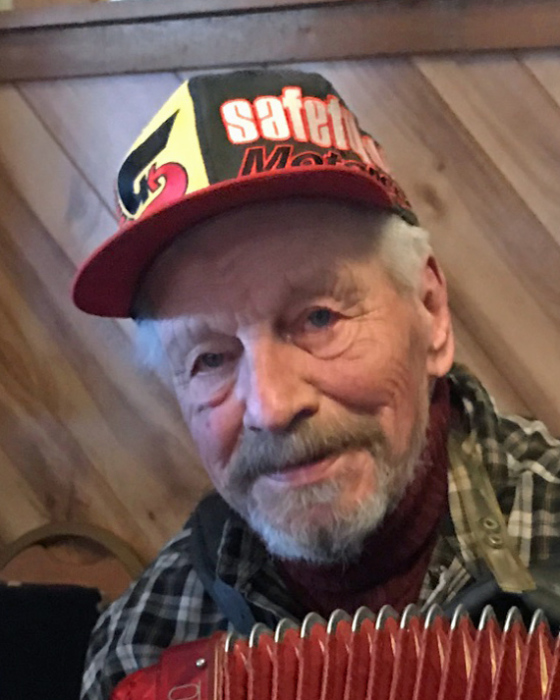 David L. Meyer was born October 17, 1932 to Clarence and Mille (Ogroske) Meyer. He graduated from Perham High School in 1950. He was united in marriage to his wife Carine Meyer on April 22, 1961. Together they were blessed with two sons, Terry and Dan.

After graduating from high school he worked in North Dakota until returning home to the farm. After selling cows, Dave worked a variety of jobs before settling in as a bus driver/maintenance man for the Dent DAC (Productive Alternatives) for 15 years. Most people will remember Dave for his ability to play the accordion. He played in a variety of different bands over his years of entertaining. He also loved to attend as many of his grandkids’ baseball games as possible.

Preceding David in death were his parents, Clarence and Millie Mattson; and special friend Carol Hahn.

Visitation will be 5:00-8:00 p.m. with a prayer service at 7:30 on Sunday, July 8, 2018 at Schoeneberger Funeral & Cremation Service in Perham. Visitation will resume from 10:00-11:00 a.m. followed by the funeral service at 11:00 on Monday, July 9 at St. John’s Lutheran Church of Corliss Township, near Perham. Pastor Jared Nies will officiate. Burial will be in St. Paul’s Lutheran Church Cemetery in Perham at a later date.

David's Memorial Folder
To order memorial trees or send flowers to the family in memory of David Meyer, please visit our flower store.