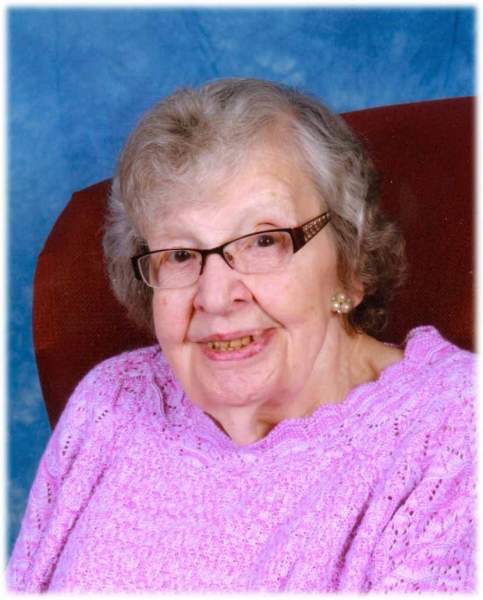 Delores "Dee" J. Rust peacefully went to rest and met our Lord with family by her side the morning of March 31, 2015. Visitation will be held on Monday, April 6 from 5:00-8:00 p.m. with parish prayers at 7:00 p.m. at Schoeneberger Funeral Home. Visitation will resume on Tuesday, April 7 beginning at 10:30 a.m. followed by the funeral mass at 11:30 a.m. at St. Henry's Catholic Church with Father Matthew Kuhn officiating. Burial will be held in the church cemetery.

Delores was born on July 4, 1931 and raised in Butler, MN. She was the daughter of Martin and Rose (Brasel) Dykhoff. She started working at St. James Hospital at a young age in the kitchen, then as an aide, and later at the Perham Memorial Hospital as the first ever ward clerk. Delores worked here until she was forced to retire at the age of 80 due to a stroke. All combined, Dee worked over 40 years at the hospital.

Dee was a very caring and loving person; always trying to take care of everyone. She enjoyed dancing, bowling, card playing, bingo and watching the Twins.

Preceding Dee in death were her parents; and her two husbands.

Dee had resided at Perham Living since her stroke in 2012.
To order memorial trees or send flowers to the family in memory of Delores Rust, please visit our flower store.