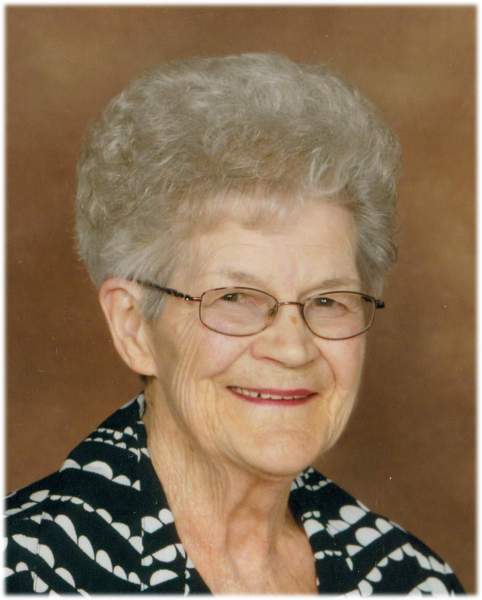 Delores June Wagenman, age 86, passed away on March 10, 2017 at Perham Living. Visitation will be from 4-8 p.m. with a prayer service at 7 p.m. on Tuesday, March 14 at Schoeneberger Funeral Home in Perham. Visitation will continue from 10-11 a.m. followed by the funeral service at 11 a.m. on Wednesday, March 15 at the Dent United Methodist Church in Dent, MN. Burial will be in Pleasant Hill Cemetery near Dent.

Delores was born June 29, 1930 in Edgeley ND, the daughter of Clarence and Bessie (Potter) Houge. She was baptized and confirmed in the Lutheran faith. In 1948 she graduated from Edgeley high school. On June 29, 1948 she was united in marriage to Adolph Wagenman. They resided in Edgeley, Medora and Jamestown, ND until 1952 when they moved to Dent, MN where they raised their five children and farmed until 1975. Delores moved to Perham in 1988.

Delores worked several jobs but will be most remembered for working at Rocky's Resort, the Perham VFW and the New York Mills VFW where she worked as a Pull Tab Operator.

Delores loved her family, most recently taking great pride in her great-grandchildren. She enjoyed crocheting, playing bingo, going to the casino and volunteering. Delores had been a member of the Dent United Methodist Church for 63 years and a member of the New York Mills VFW Ladies Auxiliary. She was known as "Ma" and "Grandma D." by everyone who knew her.

Delores was preceded in death by her husband Adolph in 1984; her daughter Connie Dewar in 2006; her parents; sister; brother; and numerous brothers and sisters-in-law. 
To order memorial trees or send flowers to the family in memory of Delores Wagenman, please visit our flower store.