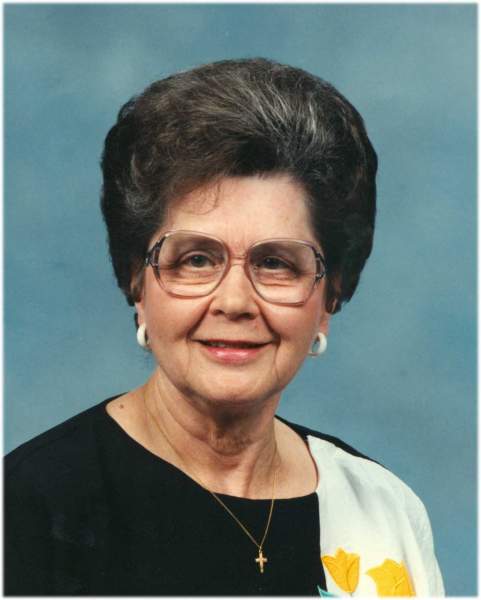 Dolly M. Bergman, age 94 of Perham, MN died Thursday, June 04, 2015 in Perham. Visitation will be held on Saturday, June 6 beginning at 10:00 a.m. followed by the funeral service at 11:00 a.m. at St. John's Lutheran Church, Corliss Township. Pastor Ron Jobe will officiate. Burial will be held in the church cemetery.

Dolly Bergman was the last of her immediate family. She was born in Sibley, Iowa the daughter of Edward and Henrietta (Reintsma) Bergman. Dolly graduated from high school in a class of 21 students. In 1939 she was crowned Miss Little Rock, Iowa. During the war she joined the Navy because in her brother Don's words "she liked the uniform because it was pretty." Stationed at Bunker Hill, Dolly worked as a radio operator and instructor. Although finishing beauty school she opted for a 30 year career with what is now known as USDA- ASCS. Retiring at the young age of 55 to care for aging parents, Dolly would later comment that had she known she was going to live so long she wouldn't have retired so early.

Dolly was generous with her time having been awarded Citizen of the Year in Perham in 2002 for her volunteer work. Her many talents included playing the piano and singing. She enjoyed listening to country western music and Christian hymns. She also kept detailed daily records of events in her life on her calendars for years. She never married and had a knack for enjoying the single life by traveling abroad with girlfriends and finding the humor in life. Dolly was very family oriented and lived with her family most of her life. She will be sadly missed by those who knew her.
To order memorial trees or send flowers to the family in memory of Dolly Bergman, please visit our flower store.