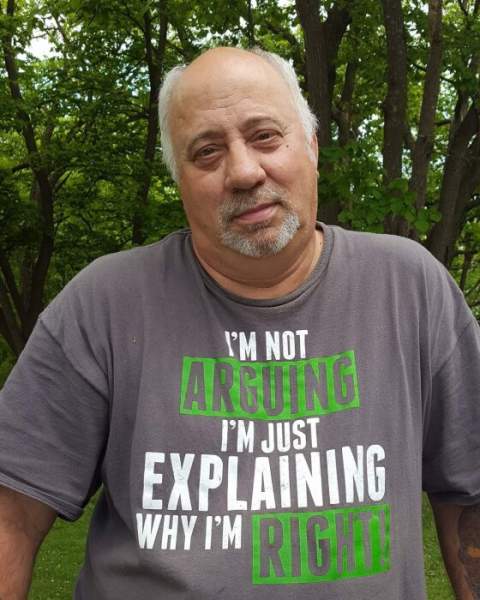 Donald Fisette, age 66 of Dent, MN died Wednesday, October 21, 2020 in Sanford Medical Center in Fargo, ND. A celebration of life service will be held in the summer of 2021.

Donald Wayne Fisette was born January 30, 1954 in Minneapolis, MN the son of James and LaVerne (Judd) Fisette. On June 27, 1980, Donald was united in marriage with Kimberly White. Donald and Kim each had three children before their marriage, so they became a family of eight. While living in the Twin Cities Donald worked at Preferred Welding. Around 2004, Donald and Kim moved to Perham, MN where Donald continued to weld until a back injury in 2014 forced him to quit welding. In 2016, Donald started working for Menards in Detroit Lakes, MN where he was employed until his death.

Donald loved Bass fishing, shooting sports, racing and mowing his lawn.  Family get togethers with games and grandchildren all around were cherished times for Donald.  He was so proud of all of them.  Donald also cherished 35 years of friendship with Tom and Geri, spending most of that time traveling, camping and fishing.

Preceding Donald in death were his parents and his daughter Kimberly Kay (Fisette) Sullivan.

To order memorial trees or send flowers to the family in memory of Donald Fisette, please visit our flower store.