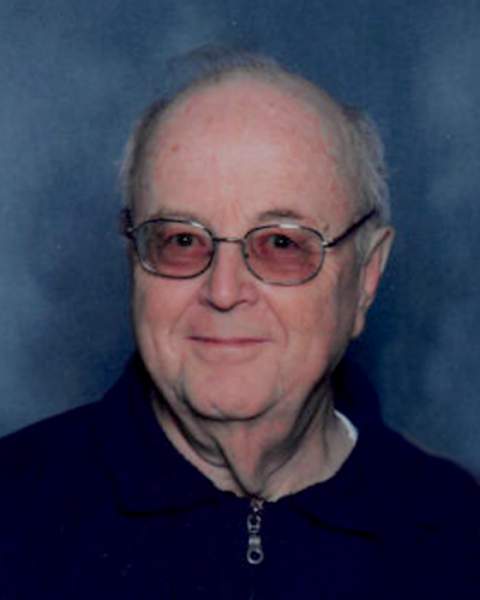 Don was born February 5, 1931 to William J. Seifert and Elsie L. (Ruther) Seifert. He attended St. Henry’s Catholic School and graduated from Perham High School in 1948. After graduation he worked as a grocery delivery person for Red Owl and the L.B. Hartz store as well as clerking at Drahmann’s department store and as a bookkeeper at Perham State Bank. Don enlisted in the Navy in 1950 and was stationed at Alameda Naval Air Station. He served overseas on the USS Bexar during the Korean War. Onboard the USS Bexar Don was Operations Office Yeoman and Captain’s Office Yeoman. In a letter to Don’s parents Captain M. Hall, Jr. wrote “you have always shown exemplary initiative and devotion to duty. You are awarded this Commendatory Mast in recognition for the invaluable service rendered the Office of Operations and Captain’s Office through the vigor and high quality of your work.” Upon returning to civilian life he worked as the Business Manager at the Perham and New York Mills Public Schools for 32 years, retiring in 1987. While at Perham High School he was always seen at the school’s sports events and in fact he was the announcer at football, basketball, wrestling and track events which earned him the title of “Voice of the Yellowjackets.”

Don married Dorothy June True in 1951. Together they had three children: Randall, Michael and Rebecca. After Dorothy passed away in 1993, Don married Mary Jane Botts. They recently celebrated 25 years of marriage.

Don was very involved in the community. He was a dedicated member of the American Legion Post #148 in Dent and Post #61 in Perham. He was a lifelong member of the VFW Post 1676 in Detroit Lakes where he was the Jr. and Sr. Vice Commander. As the Commander of the Legion post in Dent he was instrumental in organizing and executing the building of the Veterans Memorial. He was exceptionally proud of this accomplishment and his desire to have a perpetual memorial to Veterans. He also served as the secretary to the Perham Chamber of Commerce for 17 years and as the treasurer for Boy Scout Troop 321 for 30 years. He took pleasure in volunteering his accounting expertise to several organizations.

Don was dedicated to supporting children’s charities. He was an ardent supporter of the Shriners Healthcare for Children, St. Henry’s School and Boys Town.

Visitation will be from 5:00-8:00 p.m. with parish prayers at 7:45 on Tuesday, August 4 at Schoeneberger Funeral & Cremation Service in Perham. Visitation will resume from 10:00-11:00 a.m. followed by the funeral Mass at 11:00 on Wednesday, August 5 at Sacred Heart Catholic Church in Dent. Burial and military honors will be in St. John’s Lutheran Church Cemetery near Ottertail, MN.

Donald's Memorial Folder
To order memorial trees or send flowers to the family in memory of Donald Seifert, please visit our flower store.