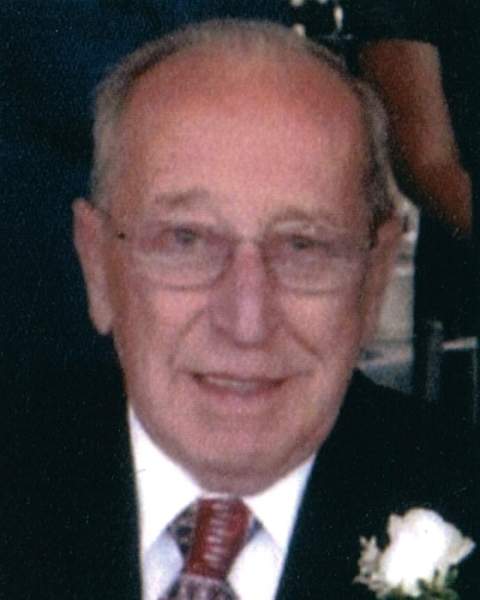 Donald Sweere, 84 of Perham, MN passed away peacefully on Sunday, February 18, 2018 at Sanford Medical Center in Fargo, ND. Visitation will be from 10:00-11:30 a.m. followed by a Memorial Mass at 11:30 a.m. on Tuesday, February 27 at St. Henry’s Catholic Church in Perham.  Father Matthew Kuhn will officiate.  Burial will be at Holy Cross Cemetery near Butler, MN.

Don was born December 5, 1933 in Bluffton, MN and was the fifth of seven children from the marriage of George and Julia (Dykhoff) Sweere.

He served in the U.S. Army during the time of the Korean conflict and upon honorable discharge, returned to the Perham area and was united in marriage to Irene Diederich in 1956 at St. Lawrence Catholic Church.  He was employed in several occupations including construction and wholesale produce sales,  eventually entering into several business ventures with the most memorable being his ownership and operation of Don’s Supermarket in Perham.  During this time, he was active in many organizations including the Lions and the Jaycees and gave freely of his time and talent.

Don was very proud of his grandchildren having a unique bond with each of them and had begun to develop a similar bond with his great- grandson.  Don found comfort and pleasure sharing time at home with Norma and entertaining the regular stream of visitors.

Don is survived by his son Mike (Julie) of St. Cloud, MN; two grandchildren Joshua (Nichole) Sweere of Seattle, WA and Kelly (Andrew) Kluzak of St. Cloud; and his great-grandson Easton Kluzak.  Additionally, Don is survived by his significant other Norma Bleichner of Perham.  Other surviving relatives include his sister Bernice Anderson of New York Mills, MN; sister-in-law Betty Sweere of Perham; along with multiple nieces and nephews. Donald's Memorial Folder
To order memorial trees or send flowers to the family in memory of Donald Sweere, please visit our flower store.