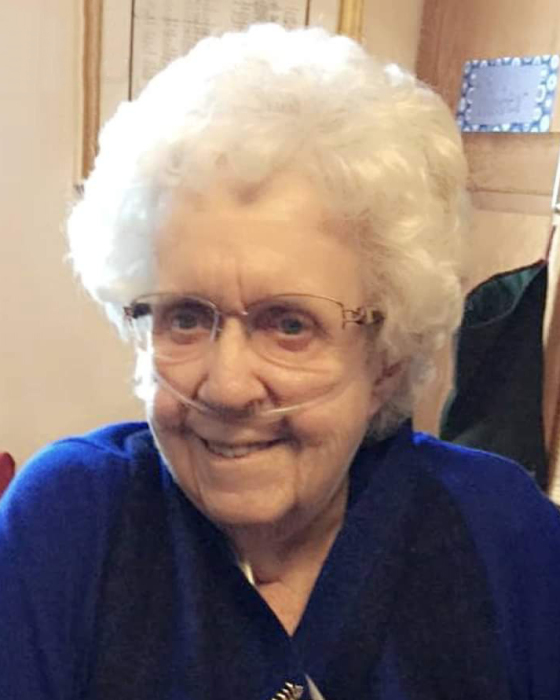 Doris LaVonne Ulrich, 87, passed away on January 3, 2021 at Perham Health in Perham, MN. She had resided for the last several years at Perham Living where she very much enjoyed the staff and residents.

Doris was born in Ipswich, SD on August 20, 1933 to Thorvald and Ella (Thallman) Markuson and grew up on a farm outside of town. She attended school in the Ipswich area including country school. She attended church with her family at the First Baptist Church in Ipswich that her father had helped build. Later in life at a worship service Doris answered an altar call and accepted Jesus as her Lord and Savior.

Doris eventually moved to Minneapolis, MN where she worked at Shedd-Brown, an advertising products firm. It was while living there that she met Charles Dean Ulrich, I who she married on December 25, 1957 in Webster, SD. After their marriage they continued residing in Minneapolis and they had three children there, Charles II, Brian and Bridgit (the twins). The family then moved to Brainerd, MN where they had Pamela (The Baby). After several years they moved to Willmar, MN where Charles had been hired to work for Latham and Parker CPA firm. During this time Doris did some part time work as a cashier but her primary focus was raising her children. While residing in Willmar, Doris and Charles were long time members of Calvary Lutheran Church. She was very proud that her two sons and two of her grandsons became Eagle Scouts as members of Calvary’s Boy Scout Troop. In 1985, Doris and Charles moved back to Brainerd, where they lived until 2009. During this time in Brainerd, Doris started a company called Granny’s Nannies which was a very successful company that placed Nannies across the United States. After retiring from the nanny business, she returned to school and obtained her LPN Degree. Doris enjoyed traveling, especially to Maui Hawaii, playing Bingo and seeing her favorite tv shows. She loved spending time with her husband, children, and especially her grandchildren and great grandchildren.

A graveside Celebration of Life service will be held in late May or early June at St. Thomas of the Pines located on the campus of Madden’s Resort in Brainerd, MN.

To order memorial trees or send flowers to the family in memory of Doris Ulrich, please visit our flower store.