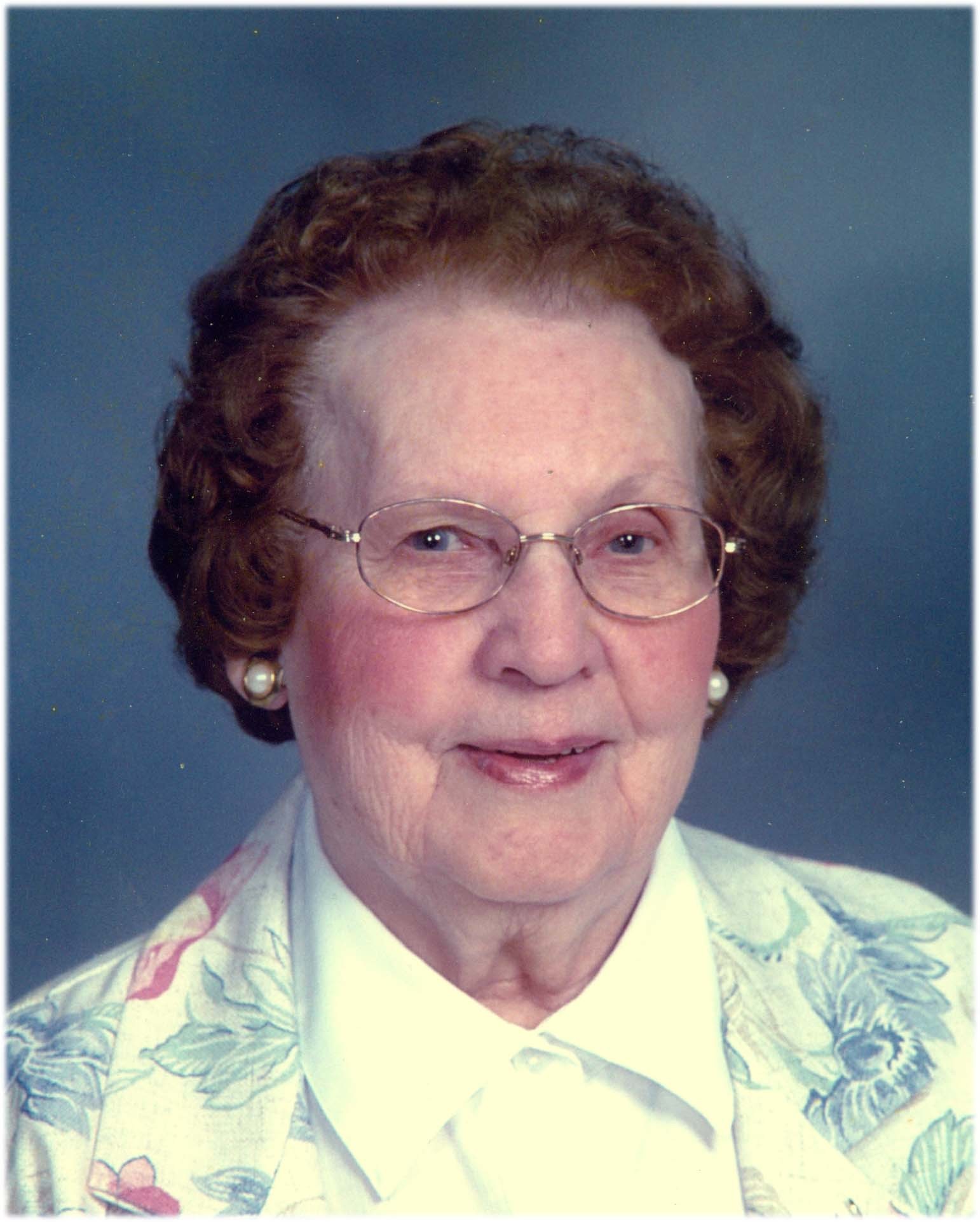 Dorothy Isabel Billing of Perham, MN passed away peacefully December 28, 2016 at the age of 96 years old at Hadley House Assisted Living, Perham. She was a resident since December 2015.

Dorothy was born January 29, 1920 to Clyde and Lillie (Van Vleet) Stull in Bismarck, ND. In 1925 the family moved to rural Detroit Lakes, MN to begin farming. Dorothy helped her father on the farm, especially at haying time. She graduated June 22, 1936 from rural schools of Becker County and her commencement was held in the Detroit Lakes High School Auditorium.

Dorothy met her husband, Henry Billing at a dance at the ODD Fellows Hall in Detroit Lakes. It was their favorite place to go dancing. On February 26, 1942 Dorothy was united in marriage to Henry. They made their home and raised their family in rural Audubon, MN. Dorothy was confirmed December 31, 1944 at Immanuel Evangelical Lutheran Church by Reverend J.R. Runholt near Audubon.

Summer and fall were especially busy times for Dorothy feeding the harvesting crews. Dorothy always made sure everyone had plenty to eat. She was a wonderful cook, liked to bake, and was very good at making bread from scratch with no recipe. Dorothy became very interested in politics and attended many meetings and conventions. Some of her favorite hobbies included hand sewing, enjoying the beauty of flowers, and music, especially the Lawrence Welk Show. She was a member of St. Paul's Lutheran Church in Perham.

In November of 1980 Henry and Dorothy sold the family farm and moved to Perham. Dorothy continued to live in their home until November of 2015 when, after a bad fall, the Dr. said she could no longer live on her own. She then moved to Hadley House in Perham where she resided until her death.

Dorothy's family would like to thank the Hadley House and Hospice of the Red River Valley for their great care of Dorothy and their kindness shown to her family. 
To order memorial trees or send flowers to the family in memory of Dorothy Billing, please visit our flower store.