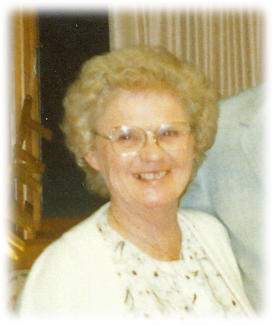 Dorothy was born in Mullan, ID on November 18, 1929 to Larry and Audrey (Posey) Ranson. She grew up near Dent, MN until she moved to Perham in 1942 where she worked at the Perham Creamery. Dorothy was united in marriage to Donald Weickert on February 21, 1950 at St. Henry's Catholic Church. Their marriage was blessed with five children. She was a member of St. Henry's Church which she attended faithfully.

Through the years Dorothy was an avid reader. She also enjoyed golfing, watching football, basketball and baseball, traveling with her family, and watching the birds. Dorothy loved spending time with her grandchildren, her family and her friends and was especially excited about the addition of her two great-grandchildren to the family.

Preceding Dorothy in death are husband, Donald; her parents; and one brother.
To order memorial trees or send flowers to the family in memory of Dorothy Weickert, please visit our flower store.