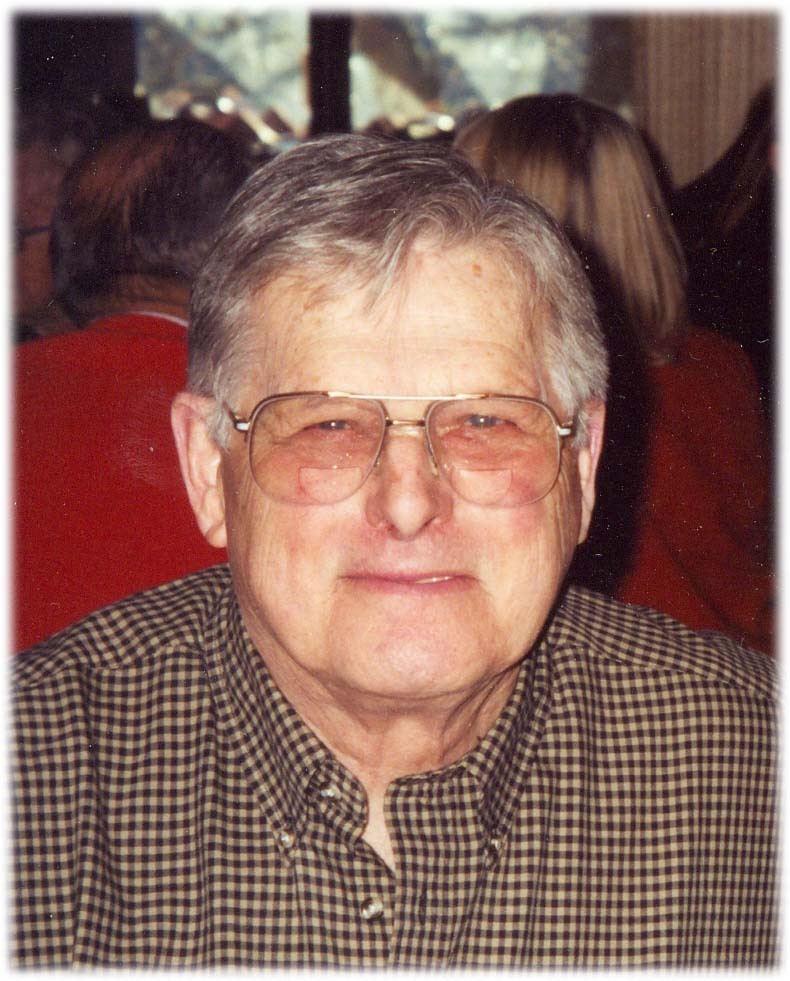 Edgar A. Emerson, age 90 of Perham, MN died Thursday, December 3, 2015 in Perham Living. The memorial service will be held on Saturday, December 12 beginning at 11:00 a.m. at Calvary Lutheran Church in Perham. Visitation will be held one hour prior to the service at the church. Burial will be held in Grandview Memorial Gardens in Rochester, MN at a later date.

Edgar was born to J. Victor and Charlotte (McAlister) Emerson on December 6, 1924 in West Concord, MN. He graduated high school in 1942 and went on to attend Augsburg College for one semester until being called to the Merchant Marines. Ed spent some time stationed in Okinawa where since he was able to type, he was able to avoid the front lines. After the war, Ed came back to Minnesota where he farmed before being united in marriage to JoAnn Valsvik in 1948. After Ed and JoAnn farmed for three years, Ed decided to go to work for the Hormel meat plant. He worked for Hormel until his retirement in 1985 when he and JoAnn moved to their lake cabin near Perham, MN. Ed enjoyed fishing, woodworking and was active in the Miss Minnesota Pageant as a judge and business manager.

Preceding Edgar in death were his parents; his wife, JoAnn in June of 2015; his brother, Bud; and his sister, Mary Jo.
To order memorial trees or send flowers to the family in memory of Edgar Emerson, please visit our flower store.