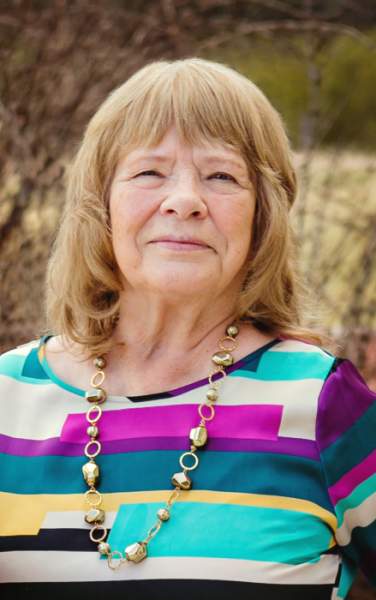 After spending a fun and wonderful weekend being together with family and friends, Edith H. Von Ruden (Limanen) was called home to be reunited with the love of her life, the late Mathew J. Von Ruden, on May 29th, 2017 at the age of 75.  We know he was there to welcome Sweetie Edie with open arms.  Edie’s life began in Sebeka, Minnesota on September, 23rd, 1941 with her parents William and Hilja Limanen and her many siblings until the family moved to Crystal, Minnesota.  Their family enjoyed the lakes area and spent time at their cabin on Rush Lake. It was during a summer trip up north that she met an injured ball player named Matt at the Eagles Cafe and he invited her to a baseball game at the New York Mills field. Six months later they were married on January 22nd, 1960.  Edie and Matt lived in the Twin Cities area for a short time before moving to Perham, Minnesota where they built a life on the family farm with their five children.

It was on the dairy farm that they enjoyed many summer evenings filled with family, bonfires, horseshoes and good times until the snowflakes of winter brought some of her best memories of snowmobiling get-togethers. In more recent years her favorite activities included her grand and great-grandchildren, puzzles, scrabble (where many a "z" and "q" were played on a triple word score) and winter trips to Arizona.

After Matt’s passing in 1996, she resided in their home for a brief time before moving into the city of Perham where she lived until she moved back out to the country at her daughter’s home just east of the original dairy farm where she was just days away of moving into her first new home on the property.

Preceding Edie in death were her husband Matt; her parents; four brothers Arne, Wilbert, Robert and Edwin; and one sister Ruth Carlson.

A special thank you to the Perham Area EMS and the staff at the Perham Health ER on their efforts to keep Edie with her family after a sudden stomach aneurysm called her home.