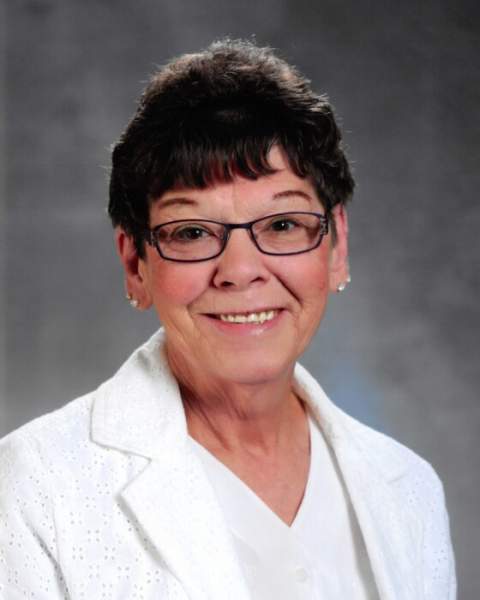 Retired paraprofessional, Eileen Ternus, returned home on June 11, 2021 after spending 73 years with us here on earth. During her visit, she spent most of her time trying to make everyone smile with her kind and compassionate heart. She started her journey a short distance away from here in Aitkin, MN as a daughter to Frank and Sara (Banks) Dotzler. She grew up with her brothers William and Donald (who will be part of the welcoming home committee). Her sisters Ruthie (Jerry) Erickson, her twin Elaine (Ron) Schaeffer, and brothers Ronald (Sharon) and Philip (Judy) will join in on assuming her remaining chores here in her absence.

Her first great adventure from the nest began in Minneapolis as a greatly appreciated assistant with Farmers Insurance Company. Shortly thereafter, she met and married Eugene Ruch and had a son named Travis (Melissa) Ternus. Gene’s quest was unexpectedly cut short and returned to his Father on July 12, 1969. Fate soon took over though as Eileen met the greatest love of her life, Melvin Ternus. They married on December 5, 1970 and spent nearly six blissful years working together warming the hearts of everyone around them before Mel was asked to become a guardian angel on September 2, 1976. This is when mom dug in her heels and understood her purpose here. She decidedly took on the most disadvantaged souls within the Perham/Dent elementary schools, helping to give them a purpose and direction while topping it off with a heaping helping of love. She was adored by so many children for giving them the opportunity to grow and shine into the next generation of devoted admirable adults.

Along the way, she had married Dale Brasel and gained two wonderful stepdaughters Angie (Brad) Bushinger and Wendy (Arden) Kjono.

Many of mom’s greatest memories arose from the time she got to spend with her grandchildren Joe Ternus and Jade (Spencer) Harwood. She devoted every second to them when they were there, teaching them how to play, garden, and live life to the fullest. The current tally on her departure date included nine great-grandchildren with a surety that the decedents to come will be taught of her generous and kind spirit.

In her retirement years she had volunteered at St. Paul’s Lutheran School in Perham and was a part of the American Legion Ladies Auxiliary and the Christian Mothers in Dent.

Her last great treasure came in the non-human form…her avian friends would help her to fly while the woodland creatures would provide exploration and most of all, her beloved cats Tux and Abby, would keep her engaged with the daily chores of love and affection.

Hold us safe and guide us until we meet again, mom. We will always love you. Eileen's Memorial Folder
To order memorial trees or send flowers to the family in memory of Eileen Ternus, please visit our flower store.