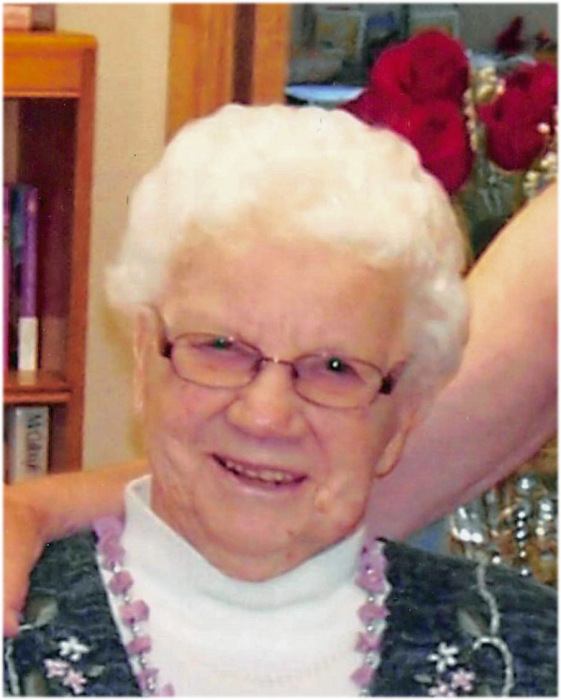 Elizabeth Marie Johnson was born June 27, 1922 near Beresford, SD to John and Wilhelmina (Pearson) Johnson. She attended a country grade school and graduated Beresford High School in 1939. On May 20, 1947, she married Elmer Soderstrom, Jr. They farmed near Beresford until 1959 when they moved to their farm on the narrows of Dead Lake near Dent, MN. Liz was a full-time homemaker until the late 1960’s when she began working for the Nutrition Extension Program with the University of Minnesota, and then as a teacher at the Dent Developmental Achievement Center until her retirement in 1985.

Liz was an excellent gardener, a fantastic cook and enjoyed fishing and various needlework hobbies. She was a loyal Minnesota Twins fan and enjoyed baseball at all levels, attending countless games in the local community. She moved into town in 1984 and was happy to live just one block from her beloved Dent United Methodist Church where she was blessed to worship, volunteer and build lasting friendships.

Liz was preceded in death by her parents; her husband Elmer; her grandson Chad; and son-in-law Dale.

Visitation will be 5:00-8:00 p.m. with a prayer service of 7:00 p.m. on Wednesday, October 11 at Schoeneberger Funeral & Cremation Service. Visitation will resume from 10:00-11:00 a.m. followed by the funeral service at 11:00 a.m. on Thursday, October 12 at the Dent United Methodist Church. Pastor Ray Sherwood will officiate. Burial will be in Pleasant Hill Cemetery near Dent.