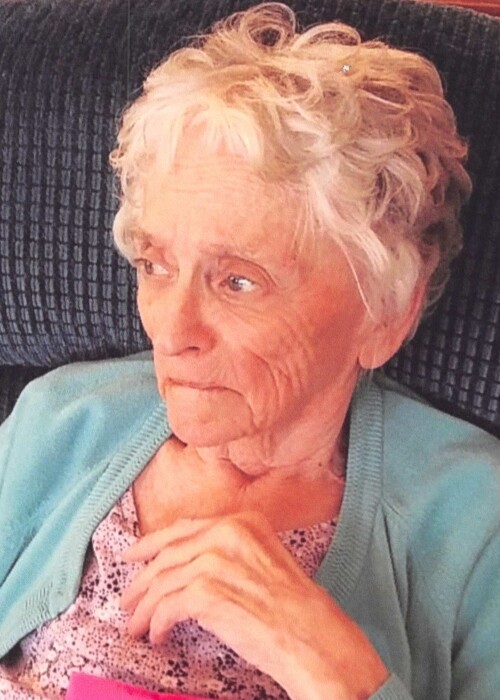 El Jeanne Margret Bormann, 84, passed away on June 20, 2020 at the Thomas House in Perham, Minnesota after years of being afflicted with Alzheimer’s disease. She was under the care of Hospice of the Red River Valley.

El Jeanne was born to Iver and Margaret (Wiebe) Pedersen on November 14, 1935 in Ottertail, Minnesota. She graduated from Fergus Falls High School in 1953. On May 1, 1954 she and Norman Bormann were married in Webster, South Dakota. She then moved to the Bormann farm and was there until 2010 when she was placed in the Thomas House.

El Jeanne raised her family and when that mission was accomplished, she would gladly help take care of people when needed. She made sure that religion was part of the family education and also taught Sunday school. El Jeanne was a fair disciplinarian, so much that a few nieces and nephews would be sent to Auntie Jean’s for attitude adjustments. She was loved and respected by so many. She served as treasurer for years on the Ottertail Township Board. El Jeanne loved watching sports, especially when family members were involved. She loved the Twins, Vikings, and Gophers and was a passionate fan.  She also loved bowling with her league team and going to state tournaments with them. El Jeanne loved her grandkids, standing up for them while teaching right from wrong.

El Jeanne was preceded in death by her parents; her husband Norman; her sister Floraine; and her brother-in-law Alfred Jorgenson.