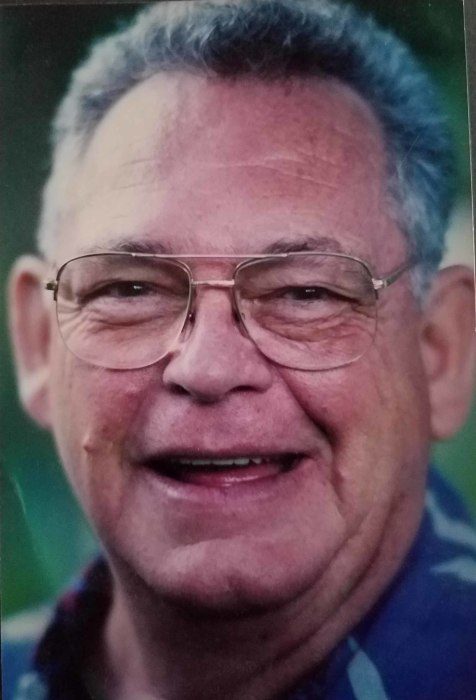 Elmer “Larry” Lawrence Harned, Jr., 86, a resident of Perham Living’s Prairie Knoll was called home to be with our Lord Jesus on Sunday, December 31, 2017.

After graduating  Mechanics Arts in St. Paul, class of 1949, he joined the United States Navy Reserve from June 17, 1949 to April 17, 1953 and as a Navy Veteran, he was a true Patriot and very proud of his country.

He married Lois A. Harned (Mathe) and together they had six children. While married, they started a business called Harned & Sons Building and Maintenance that was a business that thrived for many years in St. Paul.

Elmer was a Maintenance Engineer at Hostess Bakery in Minneapolis, MN where he met Janet Taylor. Soon after, they were united in marriage on February 14, 1983 and made their home in NE Minneapolis and Robbinsdale. Elmer and Janet offered adult foster care in the home for 20 years and touched many lives before retiring in 2000.  After Elmer accepted Christ as his personal Lord and Savior at the Assembly of God church in Fridley, MN, he and Janet later renewed their vows before Christ on January 27, 1984.

Elmer and Janet relocated to Perham, MN where they could often be found driving around town on their “power scooters.” Elmer was known in the community as Grandpa. He made many, many new friends while playing in local Texas Hold’em tournaments in Perham and the surrounding communities. He actually qualified to go to the state tournament one year. Elmer loved all things in nature especially fishing, was great bowler and loved attending Bible studies while mentoring to others. He and Janet went on two missions trips to Guatemala in 1996 and 1998. He loved spreading the word of our Lord to everyone. He was an amazing prayer warrior.

We, the family of Elmer Harned, would like to extend a special thank you to the entire staff at Perham Health and Perham Living for the loving care they provided Elmer especially near the end while he was on comfort care as he prepared for his journey. A special thank you to David and Kathleen Taylor for always making time to help, love and care for our Dad.

Elmer was preceded in death by his mother Margaret Harned, father Elmer L. Harned, Sr., the mother of his children Lois Agnes Harned, and his second wife Janet Harned.

A celebration of Elmer’s life will be at 11:00 a.m. on Friday, January 5, 2018 at Northwoods LIFE Church, 945 West Main Street in Perham. Pastor Stew Burns will officiate. A meal will follow the celebration service.

To order memorial trees or send flowers to the family in memory of Elmer Harned, Jr., please visit our flower store.