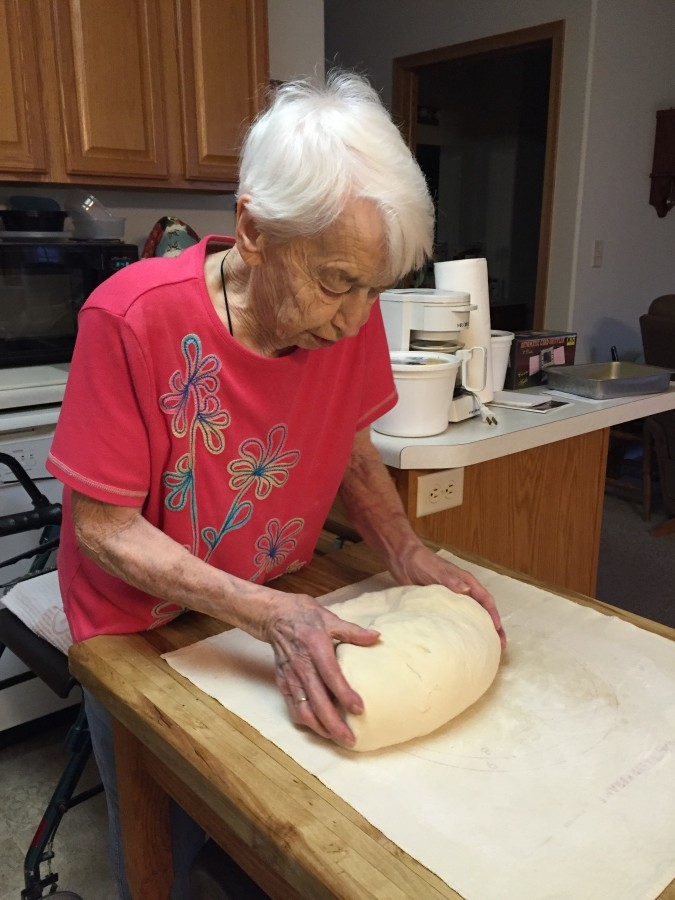 Esther Helen Johnson entered her eternal rest on Monday, November 13, 2017 at Perham Living, a few days prior to her 100th birthday.

Esther was born November 26, 1917 to Ernest and Amelia (Huwe) Ogroske in Corliss Township, Minnesota. She was one of thirteen children and was often a loving caretaker of her nieces and nephews as well as working in Minneapolis for a time as a nanny. On June 12, 1939, she married Rupert M. Johnson at St. John’s Lutheran Church in Corliss. They lived in Perham until they moved to Gorman Township then later to Pine Lake Township where they farmed together. After they retired, they built a home in Pine Lake Township and Esther lived there until after Rupert’s death when she moved into Perham. She loved gardening and canning, cooking, baking and having people stop by for a cup of coffee and a bite to eat. Esther was often seen in St. Paul’s Lutheran Church’s kitchen where she used her talents to serve her church.

Esther’s life revolved around her family: Henry (Marlene), Robert (Patricia), David (Helene) and Jean (Mike). Her eight grandchildren and eight great-grandchildren meant the world to her and she loved nothing better than to see them dunking her chocolate chip cookies in a glass of milk at her table.

Esther was preceded in death by her parents; her husband Rupert and her twelve siblings.

Rest in the peace of Christ, dear Esther.

Visitation will begin at 1:00 p.m. followed by the funeral service at 2:00 p.m. on Saturday, November 18, 2017 at St. Paul’s Lutheran Church in Perham. Burial will be in the church cemetery. Esther's Memorial Folder
To order memorial trees or send flowers to the family in memory of Esther Johnson, please visit our flower store.