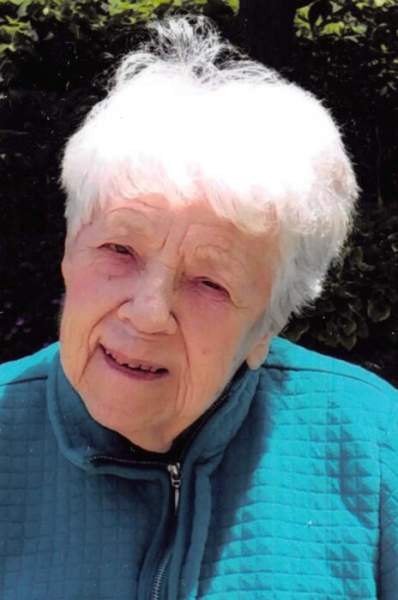 Evelyn was born March 19, 1927 in Pillsbury, ND to Pedar and Pauline (Paulson) Rock. She was one of twelve children and outlived all her siblings. Growing up on the family farm, Evelyn attended country school at Grande Prairie.

Evelyn married Willis A. Mollins on January 13, 1946. Together they resided in Page, ND until 1952 when they moved to Frazee, MN. Later, Evelyn worked at the Frazee Nursing Home. Around 1971, Willis and Evelyn moved to Lisbon, ND where Evelyn worked at the Soldiers Home until her retirement. She moved to the Perham area to be near family in 2000.

Preceding Evelyn in death were her parents; eleven brothers and sisters; and her former husband, Willis.

Eveyln’s family would like to extend a special thank you to the staff and friends at Perham Living especially the staff at the Timber Grove household.

Services are pending until a later date due to Covid-19.

To order memorial trees or send flowers to the family in memory of Evelyn Mollins, please visit our flower store.