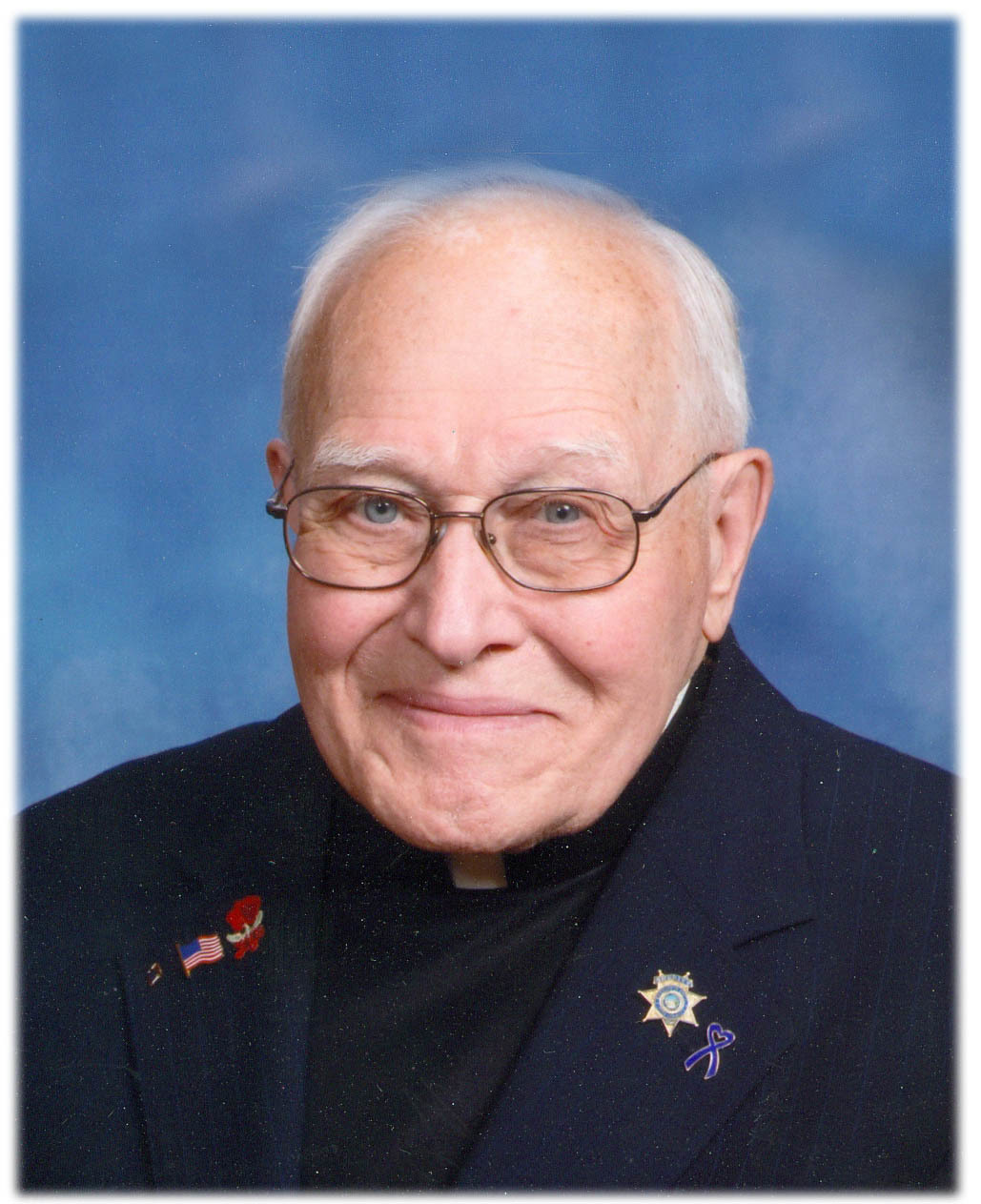 James was born to William Jr. and Cecelia (Menz) Bernauer at St. James Hospital, Perham on July 7, 1926. He was baptized at St. Henry's and confirmed in May of 1940. James attended St. Henry's Parochial School for eight years and took his high school, college and theology studies at the Pontifical College Josephinum in Columbus, OH. He was ordained to the priesthood by Amleto Cicognani, Apostolic delegate on June 7, 1952.

His assignments as associate pastor were three years at Crookston Cathedral, three years at St. Bernard's, Thief River Falls, Goodridge, Grygla and Middle River and two years at St. Philip's in Bemidji. In 1960 he became pastor at Badger and Benwood. From 1963 to 1971 he served at St. Joseph's Olso and Red River Mission. From 1971 to 1981 James was parish priest at St. Bernard's, Thief River Falls, St. Anne's, Goodridge, St. Clement's, Grygla. For six years he served as pastor at St. Peter and St. Paul's, Warren and four years at St. John's, Akeley, Immaculate Conception, Nevis and St. Theodore's, LaPorte.

Surviving Fr. James are his siblings Virginia Plettl of Tucson, Bernard and Jerome (Donna) Bernauer of Richfield and Burnsville; eight nephews and nieces; 11 grand-nephews and nieces; many cousins; along with his fellow priests of the Diocese of Crookston. 
To order memorial trees or send flowers to the family in memory of Fr. James Bernauer, please visit our flower store.