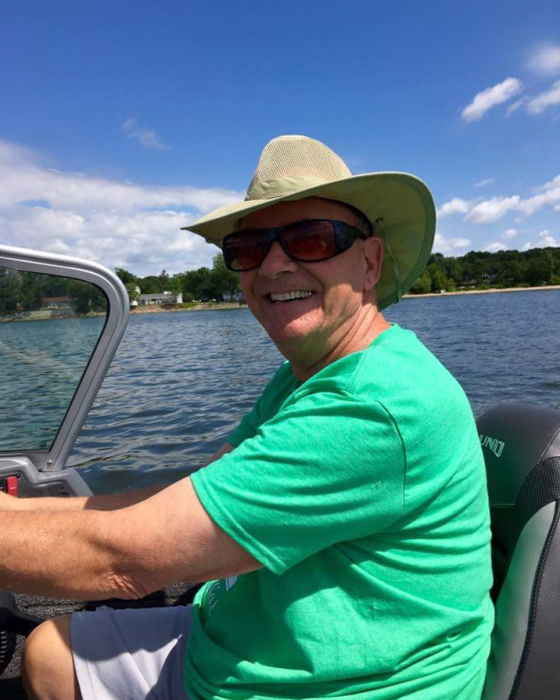 Gene Haring, age 74 of Ottertail, MN died Monday, May 7, 2018 in his home. Visitation will begin at 11:00 a.m. followed by the funeral service at 1:00 p.m. on Tuesday, May 15 at Zion Lutheran Church of Amor near Battle Lake, MN. Burial will be in the church cemetery. Pastor James Gronbeck will officiate.

Gene Roger Haring was born in Wahpeton, ND to William and Alvina (Frankfurth) Haring on March 25, 1944. He attended Wahpeton schools, North Dakota State School of Science and graduated from North Dakota State University with a degree in mathematics. He later received his master’s degree from the University of Minnesota. He married Wilma Johnson on June 6, 1965 in Breckenridge, MN. Gene and Wilma lived in Lamar, CO where he taught and in 1970, they moved to Champlin, MN. He taught in Spring Lake Park, MN for 32 years and eventually retired to Ottertail Lake in 2003. Gene was a board member of the Ottertail Lake Association for six years. During their retirement years, Gene and Wilma traveled and wintered in Mesa, AZ.

Surviving Gene is his wife Wilma; his son Kyle (Cathy) of Ham Lake, MN; his daughter Kara (Derek) Gange of Kindred, ND; his son Kurt (Jill) of Hanover, MN; his grandchildren Derek and Jack Haring, Owen and Milo Gange and Tyler and Lola Haring; his brothers Wayne (Erna) of Colorado Springs, CO, Lowell (Linda) of Fargo, ND, Keith (LaVonne) of West Fargo, ND and Robert (Barb) of Thief River Falls, MN; his sister Carol Stokes of West Fargo; his sister-in-law Alice Johnson of Perham; along with many nieces and nephews. Gene's Memorial Folder
To order memorial trees or send flowers to the family in memory of Gene Haring, please visit our flower store.