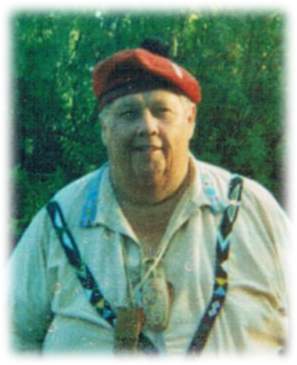 Gerald "Jerry" Greenwood, age 71 of Richville, MN died Monday, April 25, 2016 in Sanford Medical Center in Fargo, ND. The funeral service will be held on Saturday, April 30 beginning at 11:00 a.m. at Schoeneberger Funeral Home in Perham. Visitation will be held one hour prior to the service at the funeral home. Pastor Greg Leslie will officiate. Burial will be held in the Richville Village Cemetery, Richville, MN.

Jerry was born on April 7, 1945 in Perham, MN to Joseph and Louise (Gladback) Greenwood. Jerry was active in many clubs, including Northern Minnesota Metalsmiths, Lake Country Mountaineers, and Third Minnesota Light Artillery. He was also involved in local blacksmithing, volunteered at Finn Creek, and taught gun safety for many years. For most of his career was spent in typewriter repair. Jerry enjoyed participating in rendezvous and telling jokes around the campfire.

He is survived by his daughter Caryle, grandchildren Justyn and Skyler, sister Marian (Dave) Johnson, brother Martin (Kris) Greenwood, and several nieces and nephews. He was preceded in death by his parents Joe and Louise, brother Dennis, and son-in-law Rob.

In lieu of flowers memorials are preferred to the family to help with funeral costs. Jerry's Memorial Folder
To order memorial trees or send flowers to the family in memory of Gerald Greenwood, please visit our flower store.