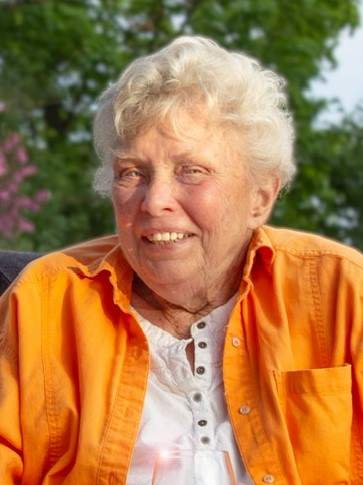 Born September 26, 1934, to Oscar and Lydia Brekke, Grace attended primary school in Tamarack, MN and graduated from McGregor High School in McGregor, MN. In 1955 Grace married George Albert Guemple (deceased) and together they had four children: Carrie, Earl, Franklyn, and Matthew. Grace and George later divorced. Determined to further educate herself and be able to provide a good life for her children, Grace set out to get a college degree while raising 4 young children on her own.

She began her studies at the University of Minnesota. She went on to earn her bachelor’s, master’s and PH.D. Her focus was marketing and management and educational administration. Professionally, she served in various capacities in higher education institutions for several decades. She was an instructor, professor, department chairperson, vice president and president at several major vocational schools and colleges such as Moorhead AVTI, Moorhead State University, University of NM Gallup, Eastern Idaho Technical College, and Lake Superior College in Duluth. Additionally, Grace founded a successful consulting company called Business Consultants.

In 2008 Grace retired from her career in higher education and became the director of the Valleyview Assisted Living Communities in Jordan, MN. She finally retired from full time work in 2016 but continued to manage business affairs with Guemple Enterprises owned by her son Earl.

She left a legacy in the higher education world but will be remembered most by her family and friends for her drive, tenacity, and determination. She always encouraged those around her to strive to do and be the best they could be. A difficult situation was just a problem to tackle and overcome. “Pull yourself up by your bootstraps and move forward” was her motto.

In her later years Grace relished her life at her beloved lake home in Dent, MN. This home was a space she created for her family to gather and a place for memories to be made by her children, grandchildren, and great grandchildren. She was a voracious reader and dearly loved her flower gardens. She will be dearly missed by her family.

A small family gathering was held after her death. An additional private family celebration of life will take place at her lake home in the summer of 2022.

To order memorial trees or send flowers to the family in memory of Grace Guemple, please visit our flower store.