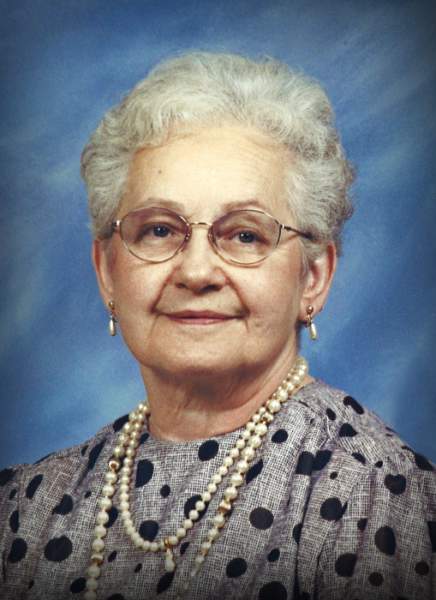 On May 6, 1946, Helen was joined in marriage to Steve Perszyk in Vergas.  After their marriage, Helen and Steve moved to Chicago, IL where they lived for two years before returning to Steve’s home place in Perham in 2000.

Helen worked in the kitchen at Perham Memorial Hospital and Home for 36 years.

Helen will be remembered for her baking and for being a very good hostess.

She is survived by her nieces, nephews and friends.

Preceding Helen in death are her parents Ludwig and Amelia Lange; her husband Steve; her three brothers Albert, Emil and Adolph; and her two sisters Olga Schultz and Bertha Bennett. Helen's Memorial Folder
To order memorial trees or send flowers to the family in memory of Helen Perszyk, please visit our flower store.