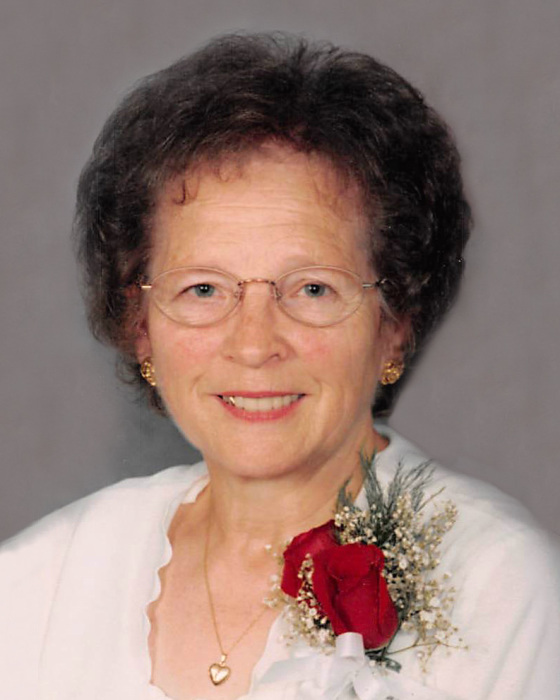 Helen Elizabeth Rastedt-Weinrich (McAllister), age 85, was called to her eternal rest surrounded by her husband, children, grandchildren, and loved ones on November 8, 2017 at the University of Minnesota Medical Center. She fought a courageous battle and remained strong for her family until the very end. She never gave up hope.

Helen was born October 4, 1932 in Doran, Minnesota, the daughter of George and Florence (Neubauer) McAllister. She was baptized in Breckenridge, Minnesota and was the oldest of seven children. Helen was raised in Richville, Minnesota where she met Leonard. On June 4, 1949 Helen was united in marriage to Leonard Henry Rastedt at St. John’s Parsonage in Ottertail. Helen and Leonard were blessed with 48 years of marriage and raised five children together before Leonard passed in 1998. On August 25, 2000, Helen and Lawrence Weinrich were united in marriage at the Wadena Court House. Helen and Lawrence spent the next 17 adventurous, inseparable years together before Helen was called home.

Helen was an incredible woman, wife, mother, grandmother, great-grandmother, and friend. She was a gifted woman who worked the land alongside her family, supported and encouraged five beautiful children, was a devoted woman to God, and made life joyful for all. Helen found great happiness in her many hobbies. She loved to dance to any polka song, especially those sang by her brothers, bake and cook for her family—scotch-a-roos were her specialty, travel in her later years, raise the many animals that were brought to her doorstep by her grandchildren, took pictures at every opportunity with her Kodak camera, decorated and celebrated every holiday, and gave love to anyone who knew her.

Some of Helen’s specialties include: dancing with Lawrence at area nursing homes, always having a container full of goodies on her porch for all to enjoy, and chatting with anyone who stopped by. If she wasn’t baking you a cake for your birthday while humming, she was twirling you around and teaching you how to polka and waltz.

Helen’s faith was very important to her. During her final breaths, she listened to her family say the Lord’s Prayer.

We look forward to seeing your smile and special wave in heaven. Love you always.

To order memorial trees or send flowers to the family in memory of Helen Rastedt Weinrich, please visit our flower store.